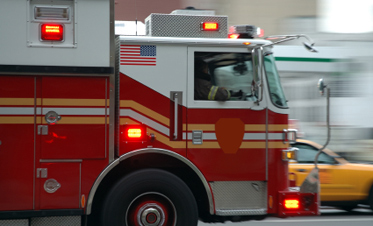 The Near-Miss Reporting System was launched in 2005, and after nearly three years of extensive growth has become a critical part of the fire service’s attempt to share lessons learned and prevent injuries and deaths. Battalion Chief John Tippett, project manager for Near-Miss, explained that the Stakeholders’ Meeting provides a “pause” in the midst of this growth — an opportunity to reflect on how far the program has come and ensure that objectives are set for the future. He also provided all attendees with an overview of the just-released 2007 Near-Miss Annual Report, which is included as an exclusive supplement in the February issue of FireRescue magazine.”ž”ž

Underscoring the importance of the Near-Miss System: Just this weekend, a firefighter in”žVirginia was burned while fighting the devastating wildfires burning across the state. Chief Steve Westermann, president of the International Association of Fire Chiefs (IAFC), noted at the meeting that the Near-Miss System has become a “repository of survivor stories just like this one” — but that when collected, the stories provoke real change. “When a manufacturer changes the design of their product because of a near-miss report, that_s progress,” he said.”ž

Although the bulk of the meeting will consist of smaller groups working on specific issues related to the Near-Miss System, Monday’s program featured several presentations, including a keynote address by the IAFF’s Dr. Lori Moore-Merrell. Dr. Moore-Merrell presented the results of an IAFF study on firefighter LODDs that sought to define contributing factors to such deaths. Not surprisingly, the top contributing factors were health/fitness/wellness/medical issues, misused or malfunctioning PPE (including seatbelts) and human errors.”ž

Dr. Moore-Merrell said the researchers were “stunned,” however, when they used cluster analysis to determine contributing factors that occur together. Only four clusters account for 97% of all the LODDs studied. They are:

The study includes several recommendations based on the data analysis of LODDs. “These are not rocket science recommendations,” Dr. Moore-Merrell said. “They’re very simple, but we_re not listening when they come back to us in NIOSH reports. Firefighters want the risk — it’s thrilling to them. So we’re going to have to appeal to another side, to their emotions. Emotion does change behavior.””ž

Chief Billy Goldfeder, a vocal supporter of the Near-Miss System, has posted the entire report on his site at”žwww.FirefighterCloseCalls.com/firereports.php.

Also speaking at the conference: Linda Connell, director of NASA’s Aviation Safety Reporting System, on which the Near-Miss System is modeled. Ms. Connell emphasized that the growth in the Near-Miss System may just be the tip of the iceberg; when the ASRS was only a few years old, as is Near-Miss, it was a small fraction of where it is today. It now averages 3,700 reports per month.”ž