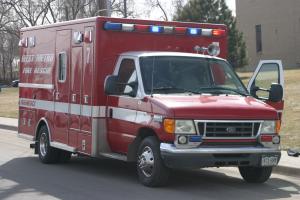 Jeffrey Runge, MD, opened the session, challenging the writing team and audience, stating that 40 fatal ambulance crashes in a year is not even a line on the pie chart of the more than 5 million fatal vehicle crashes in this country annually. Therefore, the issue is not recognized at the federal level as a problem. However, if approached from a health-care standpoint, the federal government could be engaged to provide the attention necessary to reduce these numbers.
The pre-conference covered four risk factors: the vehicle, the driver, the provider and the patient.

The Vehicle
Dave Bryson and John Brophy from the National Highway Traffic Safety Administration (NHTSA) explained the problem from NHTSA’s view. Mandated by federal law, the National Institute for Operational Safety and Health (NIOSH) investigates all fatal crashes involving firefighters. There’s not a federal law to investigate fatal crashes unless they occur in a fire-based system, or a firefighter is on board the ambulance. Therefore, NHTSA evaluates those ambulance crashes that aren’t investigated by NIOSH to determine the failure of the ambulance design system. The investigation makes no determination of the cause of the crash.

Ronald Thackery, JD, brought up the issue of cost. He emphasized the fact that there’s no solid evidence of the true cost of an ambulance crash. In addition, Doug Kupas, MD, and Nadine Levick, MD, MPH, presented compelling facts on ambulance crashes. For example, an automotive engineer understands the dynamics of vehicle physics, and traffic engineers have an understanding of traffic flow and can provide assistance on how to maneuver vehicles in various traffic scenarios. There was an overwhelming consensus that traffic and automotive engineers need to become more involved in ambulance design research.

The Driver
Christopher Kahn, MD; David Slattery, MD; William Jenaway, PhD; and Jerry Overton, CEO of Road Safety International, provided a well-rounded presentation of the issues surrounding the driver and factors contributing to ambulance crashes. There was discussion on the effectiveness of training and education versus feedback technology, such as Road Safety’s “black box,” which is installed in a vehicle and can emit an alarm when a driver brakes too hard or seatbelts are disconnected. In addition, they discussed the idea that if an individual has a poor driving record, they’ll continue that characteristic behind the wheel of an ambulance. Feedback technology has shown a remarkable change in reducing crashes, and in some cases, it has reversed actions on the part of law enforcement when citing drivers.

The Provider
Brian Maguire, PhD; Christopher Kahn, MD; Michael Kurz, MD; Stephen Lavender, PhD; and Annemarie Silver, PhD, provided a compelling overview of the effects on the provider’s safety. The number of hours providers work was a major discussion point, the conclusion being that no provider should be working 16 hours straight. The speakers mentioned legal cases where not only the provider was held liable, but also a hospital was held liable. Lavender hasn’t been involved in EMS; however, as an ergonomist, he’s conducted studies on EMS providers lifting and moving patients, which produced compelling evidence to change the equipment design.
Kurz presented intriguing video evidence illustrating the lack of provider balance in the back of an ambulance. The effectiveness of CPR at speeds as low as 20 mph indicated the unreliability of the provider to maintain a proper stance. Silver illustrated the various hands-off devices that may aid providers when they need to stand or be unrestrained in the back of a moving ambulance.

The Patient
The last segment of the two-day summit humbled the U.S. providers in the room. A panel of four Canadians delivered the segment because of the dearth of published research on patient safety in the U.S. The moderator challenged every American in the room to initiate research in the area of patient safety. Joe Acker; Jeffrey Singh, MD; Blair Bingham, ACP, MSc; and Russell MacDonald, MD, MPH, presented on this topic, starting out with an overview of where the field of EMS is now in the world of patient safety.

An emphasis was made on learning from other disciplines how they reduce the number of patient errors. The session concluded with a compelling overview of ground-versus-air safety for the patient. The question was posed: when will the industry change from a discipline culture to a learning culture? A discipline culture establishes that if someone does something that is “˜wrong’ or appears “˜wrong,’ they are disciplined. In contrast, a learning culture takes the event and makes a determination on how to improve. It then becomes an opportunity to learn from the event versus disciplining someone. The current culture promotes fear in providers to report errors, according to the panel. If the industry were to learn from near-misses, could we improve and reduce the number of medical errors?

Dia Gainor, MPA, bureau chief of EMS for the State of Ohio, concluded the two-day summit, providing a dynamic lecture on where to go from here. She emphasized that federal laws currently exempt ambulances and fire apparatus from crash testing because of costs. She inspired the audience to wake up and get involved when such legislation is brought before Congress. She concluded by asking the writing team to take a seat at the front of the room and listen to the concerns of the audience for their preparation of constructing a white paper on ambulance safety. The writing team consists of Jane Brice (University of North Carolina); Christian Martin-Gill, MD, (University of Pittsburgh); Catherine Cutsalow, MD, PhD, (University of Virginia); Jonathan Studnek, PhD, (Carolinas Medical Center); Eric Hawkins, MD, MPH, (Carolinas Medical Center); Laurie Morrison, MD, (University of Toronto); and Blair Bingham, ACP, MSc (University of Toronto).

As of now, there’s not a deadline for publishing the white paper. Safety in EMS is paramount as the profession evolves. There have been many programs, devices and equipment that have been developed and marketed in the name of safety; however, there’s no evidence that we have reduced the number of deaths or injuries. The involvement of outside experts is imperative for the success of safety in the industry.

I don’t know what the future holds, but I’m sure EMS as we know it needs an overhaul in order to create a culture of safety that reduces injuries and deaths of EMS providers, patients and the public. After all, doesn’t every EMS educational text tell us safety is about you, your crew, the patient and the public? The current culture doesn’t embrace this to the level necessary. One death is too many, especially if it’s yours.