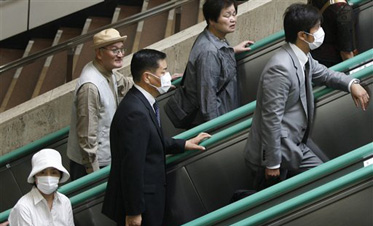 WASHINGTON, D.C. — Genes included in the new swine flu may have been circulating undetected in pigs for at least a decade, according to researchers who have sequenced the genomes of more than 50 samples of the virus.

The findings suggest that pig populations need to be more closely monitored in the future for emerging influenza viruses, said a team led by Rebecca Garten of the Centers for Disease Control and Prevention in a report released Friday by the journal Science.

First detected last month, at least 42 countries now have confirmed the new virus in more than 11,000 people _ although those are only the cases tested, and authorities say many more have been sickened. Mexico has reported 75 swine flu deaths, the U.S. 10 and Canada and Costa Rica one each.

How the new flu originated has taken a back burner to the more pressing work of treating the sick and trying to create a vaccine. But almost immediately, the CDC learned that the novel flu’s parents were some older swine viruses _ one of them a combination of pig, bird and human strains _ that had mixed genes in a new way.

Friday’s report takes a closer look at all of the virus’ genetic material, and found the closest ancestor for all eight gene segments is of swine origin. That suggests this new virus might have been infecting pigs somewhere in the world for years, even if the infected pigs didn’t appear sick.

In fact, viruses with genes that most resembled the new swine virus _ known scientifically as part of the H1N1 flu family _ were identified on average 10 years ago.

Flu viruses of any origin very easily swap genetic material with each other. So each time two or more viruses come into contact in a species, they have an opportunity to mix and create new strains that can be more dangerous or more easily transmitted to each other or another species.

The new work doesn’t shed any light on where this new virus made its jump from pigs to people. Some of the genetic ancestors come from a virus that first hit U.S. pig farms in 1998. Others are traced to pig viruses in Europe and Asia.

But scientists haven’t yet found the key genetic clue: What made this virus able to easily spread from person to person?

On the good side, CDC reiterated that none of its genes show any of the markers of extra virulence or high transmissibility that have been found in some other influenza A viruses.

While the journal Science normally publishes on Thursday, the new study was released immediately because of the widespread interest in the topic.