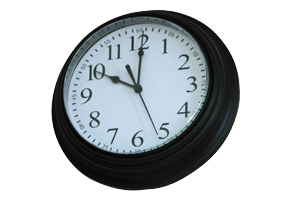 If you’ve read just 1% of this column’s installments in the past 31 years, Life-Saver, you probably don’t wonder what its author thinks of 24-hour shifts in busy systems.

Considering that, I shouldn’t risk insulting your intelligence by being redundant. Shouldn’t repeat any of the following sentiments: Unenlightened. Unnatural. Irrational. Unsafe. Masochistic. Neolithic. Acerebral. Stupid. Indefensible. Or patently irresponsible for people’s safety.

Moving right along, I think there’s actually something dumber–surely inspired by a craniorectal impaction–than the design of an urban EMS staff working 24-hour shifts. And I hate to tell you this, but it may be one of us. (‘Tain’t me, though. Not anymore.)

If you’re working a 24 in a busy system, the clock on the wall says 2200 hours, and there are no alarms, then that’s a gift. Remember the prime rule of survival: Never do anything you know is stupid. Watching movies, making popcorn, writing letters, texting your soul mate in the comm center, reading JEMS or searching the Internet are all goofy ideas when it’s dark outside. Go to bed. In fact, if it gets to be just 2000 hours, go to bed anyway. An hour or two of snooze time can be a powerful asset later on, if you have a bad night.

Think of it as karmacillin. If you show up on a call with bed-head, and the engine company laughs at you, let ’em laugh. Trust me; it’s a strategy that was proven long ago, by people much smarter than I am. It makes sense, and it’s your best chance for a sharp mind later on.

Think you won’t be able to sleep quite that early? Try these tips, also from smarter people than me. Lay off the coffee and tea. They’re both good for breakfast, but you can live without ’em after lunch. Likewise for sodas, energy drinks and anything else with a stimulant in it. Water’s better late in the day, and don’t drink too much of that in the last hour before you sleep.

Another thing: Try eating your main meal in the morning or mid-day, instead of at night. There’s nothing worse than tossing and turning for two hours, trying to digest a big meal and then being up the rest of the night, especially when you know you could have slept instead.

Try not to schedule anything important until noon the morning after a 24–even your vacation. If you do, you’ll probably lie awake thinking about it. Likewise and for the same reason, avoid trying to resolve conflicts before you go to bed. If you have a beef with someone, approach them, but try to arrange some discussion time later, when you can both talk without forfeiting sleep time.

Arguing with somebody just before you go to sleep elevates your catecholamines. And know what catecholamines do: keep you alert, so you can run from grizzly bears.

Need to maintain a part-time job? Try to find one that has nothing to do with EMS, so you don’t report to work already tired of listening to other people’s problems. Even subconsciously, I think that kind of fatigue can keep you from relaxing. Fatigue also shortens your fuse in the middle of the night, when somebody expects something silly from you–or just needs you to be nice.

Nobody likes calls that come in five minutes before the end of their shift, but those kinds of calls are part of the job. (If we could schedule other people’s emergencies, then there would be no ambulances.) You can eliminate plenty of late calls if you persuade your colleagues to relieve one another a half-hour early. Let’s say you change shifts at 8 a.m. and you’ve been up all night. Now a call comes in at 7:45. The oncoming crew can take the call and write the chart, while you stay in bed. If the other crews at your station would reciprocate, you might average an extra hour of sleep or so before you drive home.

And if the call drops at 7:25 instead, and you transport, the oncoming crew can meet you at the receiving facility. They drive one of their personal cars to the hospital and give you the keys. You return that car to your station, leave their keys someplace safe, and you’re outta there.

These are all just small things. But add them all together, and they’ll make those 24s of yours about as bearable as they can get.