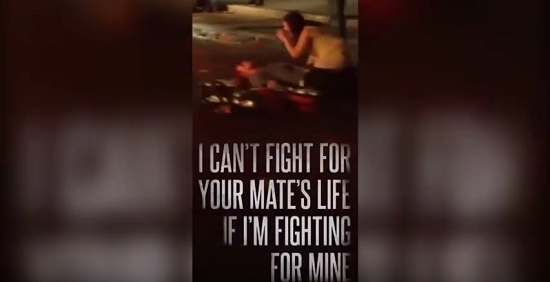 The Keep Your Hands off our Ambos campaign, featuring intensive care paramedic Jordan Pring, was launched in May in response to rising rates of assault.

In the past two months the ambulance service has recorded 22 incidents, compared with 35 for June and July last year.