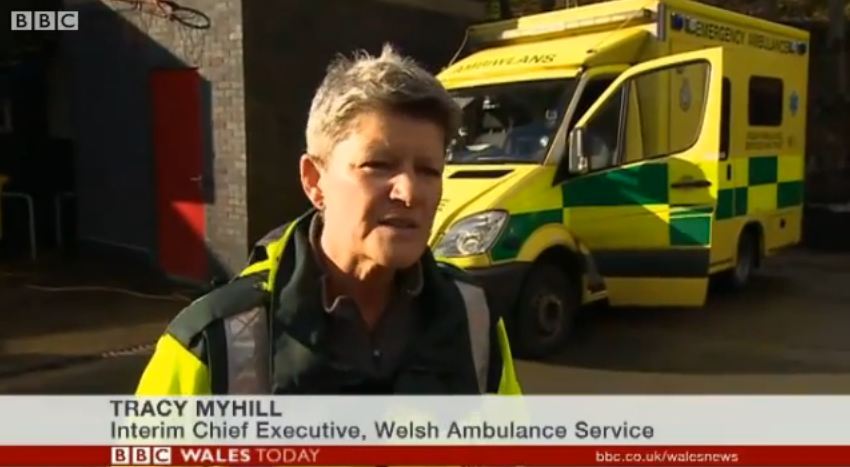 BBC – Longer waiting times at A&E are having a knock-on effect on other services, including ambulances and policing.
Dyfed-Powys’s police and crime commissioner Christopher Salmon said police officers were taking people to hospital when there were not enough ambulances.

It comes as only 81% of patients were treated within four hours at A&E units in December. The target is 95%.
The Welsh government said hospitals were seeing a high number of patients.

Tracy Myhill, the new chief executive of the Welsh Ambulance Service NHS Trust, has been out with crews seeing for herself the pressure the service is under.