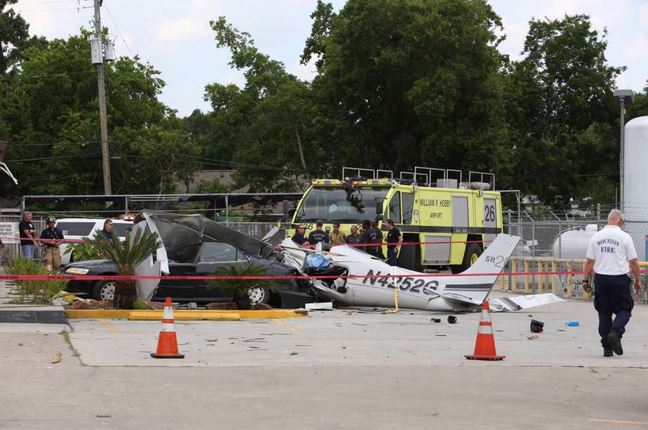 HOUSTON (Houston Chronicle) – A small plane crashed into the parking lot of an Ace Hardware location in the 6800 block of Telephone in Houston on Thursday, just blocks from Hobby Airport.

The plane hit a sedan in the parking lot of the store as it collided with the ground.

The Houston Fire Department’s Capt. Ruy Lozano confirmed to reporters that there are three fatalities in the crash.

There were no passengers in the car at the time and no fuel was spilled at the scene, Lozano said.

Flight traffic at Hobby Airport has not been altered by the crash.

The tail number on the plane corresponds to Federal Aviation Administration records for a small fixed wing, single-engine plane operated by Safe Aviation LLC out of Moore, Okla. The plane is a Cirrus SSR20.

According to FlightAware, the plane originated near Norman, Okla. at 10:11 am Thursday morning.