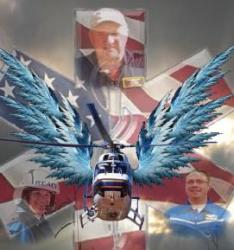 ROCKFORD, Ill. (AP) – A public memorial is scheduled for the pilot and two nurses killed in a northern Illinois medical helicopter crash.

Rockford Health System said Thursday that the memorial will be Dec. 19 at Rock Valley College in Rockford. The three victims died late Monday when the helicopter crashed in a field. The crew encountered bad weather and were trying to return to the hospital hangar, abandoning a trip to retrieve a patient. Hospital officials say the memorial will end with an aircraft flyover.

Federal authorities are investigating the crash.