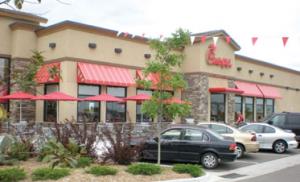 Have you ever been to a nice restaurant and felt a little out of place because you didn’t know what to do with all that hardware in front of you? Or, maybe you just noticed how smooth and professional the waiter was, and wondered where he got all that schmooze.

I’ll guarantee you one thing. When you thanked that waiter for something, they sure didn’t inform you that it was “no problem.” Instead, they probably said something like, “You’re welcome”, or better yet, “my pleasure!” Am I right? Actually, I learned that last one from a fast-food chain called Chick-fil-A. (Yup, that’s how they spell it.)

Considered individually, those little things don’t amount to much. But when you put a few of them together, people begin to see a professional standing in front of them. Next time you get a waiter in your ambulance, if you can, ask them about their work. It’s incredibly similar to ours. (In fact, interview anybody you can, anytime you get the chance. Twenty years of doing that will bring you wisdom.)

Of course, we EMSers have developed some social tricks of our own, and they make the same unmistakable statement about us as pros. Let’s review some of them.

“It’s OK. This is what we do, and we like it.”:Herb Atwood, an uncredentialed ambulance driver from the 1970s, said this to his obese patients when they apologized to us for having to carry them down flights of stairs. What a nice thing to say. And Herb usually looked them right in the eye and touched them on the shoulder when he said it. (That tended to put them at ease.)

“Hope you’re feeling better soon!”:Get into the habit of returning to the emergency department (ED) after you make up your ambulance and leaving your well wishes with each of your patients. (It’s a nice way for a pro to say goodbye, and it just takes a few seconds.)

Collecting cards: Have you ever noticed how sappy most sympathy cards are? I know several EMSers who routinely browse card displays when they have nothing better to do, and when they find a nice card, they buy a few and take them to work.

Next time they’re involved in an unsuccessful resuscitation, they address an envelope while they have the address handy. Then they send the card to the family, inscribed as follows: “Sorry we couldn’t have helped you more. Your friends, the paramedics.” (They deliberately omit their names and the name of their agency, so it doesn’t come across as a plea for attention.)

“Don’t be afraid. We’ve got ya.”:Mike Infurna, an early paramedic in Chula Vista, Calif., said that to his most frightened patients. And sometimes he assured people we “had” them even though we were more worried about their outcomes than they were. (Try to think of fear as a component of all suffering.)

Another good thing to say sometime during almost any kind of call is, “We realize this is upsetting for you. But you don’t need to worry now. I’m here with the best people in the business. We do this all the time, and we’re going to take real good care of you today.” (Say that so the family hears it, and they’ll become your biggest supporters.)

And sometimes, you set the whole tone for a call with your first words. Try these: “Hi, what’s your name?” Wait briefly for the answer to that question, and follow it with, “My name’s … I’m a paramedic. How can we help you today?”

Of course, none of us looks like a pro if we don’tdress and act the part “Dressing” means our leather is shined, our uniforms are clean and pressed, and we’re all dressed alike. “Acting” means our equipment is checked and clean, and we’re obviously taking the situation (and ourselves) seriously.

Jim Hogan is an ED physician in Boulder and Brighton, Colo. He has a technique of standing in the doorway of an ED suite while a tech or nurse is prepping a patient to see him. He reads the chart, watches the interaction, and then after a few seconds, he walks into the room, introduces himself and says, “Hi, Mr./Ms. _______. I’m Dr. Hogan. I understand you’re having a really bad day.”

Then, he listens. JEMS

Thom Dickhas been involved in EMS for 39 years, 23 of them as a full-time EMT and paramedic in San Diego County. He’s currently the quality care coordinator for Platte Valley Ambulance, a hospital-based 9-1-1 system in Brighton, Colo. Contact him at boxcar414@aol.com.

For more on professionalism: JEMS.com

Teach Others to Avoid Leading Questions

0
Getting the right information from patients can be one of the biggest challenges of many EMS responses. We might ask a patient an open-ended introductory question, such as, "Did you call 9-1-1 for help today?" or, "Can you tell us what’s bothering you?" However, these questions are often met with confusing and frustrating responses rather than precise and clear answers that point us in the right direction.