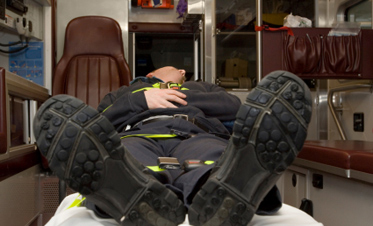 Anyone who has ever played high school or college sports has heard their coach bark out the phase “No Pain, No Gain” during a strenuous practice or work out. Thoughts of physical and mental pain during preparation for battle conjure up dreams of winning teams, champions and individuals who have paid the price of success. As is the case in many of life’s endeavors, there is a price to pay to be successful in whatever issue you may wish to conquer. To succeed in”žEMS as a manager, leader or change agent we often pay a personal price to see an important issue, idea or standard operating procedure (SOP) come to fruition. Challenging the masses with cutting-edge equipment or fresh, new ideas is often painful for leaders in”žEMS or the fire service, both rich with history, tradition and people stuck in the rut of “this is the way we have always done it.” Moving the”žEMS machine toward safety and success is often difficult, painful and time consuming for the change agent.

In the last five years, through the research of Nadine Levick, MD, of”žNew York (www.objectivesafety.net), we’ve exposed the unacceptable death toll of emergency workers who have died in the line of duty in ambulance crashes. The fire service also got on board with a vehicle safety initiative during the International Association of Fire Fighters (IAFF) 2007 Safety Stand Down, calling for increased awareness of emergency vehicle deaths and encouraging the use of safety belts to reduce death and injuries to unrestrained responders. These safety initiatives have pioneered a change in ambulance construction, visibility marking, black boxes recording devices, video cameras, traffic vests and other safety devices.

Ultimately, the destiny of safety is in the hands of each individual first responder. Seems simple to comprehend; drive slower, buckle up and avoid death or injury to our patients and our brothers and sisters in public safety. Simple solutions to reduce deadly outcomes! Simple no, but painful yes!

Recently, we instituted a new ambulance transport safety SOP at my agency, Littleton Fire Rescue in”žLittleton,”žColo. As we researched what should be addressed in the new safety SOP, we called around to find out if other”žEMS agencies in the Denver Metro area had similar concerns and directives. To my surprise, only one other agency in the Metro area had an SOP in place to address the safety of our patients and responders during ambulance response and transport. The new safety SOP calls for mandatory use of the five-point patient safety belts on all patients riding on the cot, child safety seat use for all children and infants, and required seat belt use for all responders in the patient care compartment when not rendering direct patient care. First responders weren’t happy with this mandate and this new safety agenda with anger and frustration during its 10-day review period prior to implementation.

The new safety SOP was not popular with our caregivers who accused administration of setting them up for worker’s compensation battles in the event they are injured in a crash and not wearing their seat belt. Simple, no; painful, yes! The responders viewed it as an obstacle to delivering quality patient care. As a leader, being an agent of change is never easy, even when your efforts are geared toward increasing safety for the responders that you serve.

The back of the ambulance — the “office” of many EMTs and paramedics — has some long-standing customs that the new safety SOP challenges. One tradition is that infants and children are much happier in the arms of their parents during ambulance transport than in an approved child-safety seat tightly fasten to the cot or the captain_s seat. In theory this may seem true because “that_s the way we have always done it for 100 years,” even though many states prohibit this risky behavior by law and require the use of child safety seats even in ambulances. Many seasoned”žEMS veterans still feel it’s appropriate to allow children to be transported unrestrained in their ambulance, but would not go home and put their unrestrained child on their spouse_s laps and drive them around during rush hour traffic.

They also expressed concern that the five-point safety belts, often found tucked under the mattress pad during transport, impeded the delivery of quality patient care. As auto safety evolved, industry experts determined that lap belts weren’t adequate, resulting in passengers being ejected during a rollover accident. Their research led to the development of the lap-shoulder safety belt combination. This same lap-shoulder combination on our cot is the only safety device that will prevent our customers from being ejected into the ambulance bulkhead in the event of a front impact accident.

Finally, the issue that most responders objected to the most was the mandatory use of their own seat belt during transport when not rendering patient care. Even though this mandatory seat belt requirement was aimed directly at reducing death and injury to the staff, protecting their livelihood and avoiding pain and suffering for their families, it was not well received. “This is the way we have always done it” and, “it won’t happen here” prevailed. The facts speak loudly and say otherwise. Responders and patients are dying every year in ambulance accidents.

Often, it’s difficult and painful for a leader to challenge the masses in the interest of health and safety, even when responders recognize that it’s in their own best interest. It’s not popular and it’s not easy to be the change agent in an industry rich with history and tradition, but doing the right thing for the right reasons will always triumph. It would have been much easier to ignore these issues, as we have not had a policy like this in 100 years. But the consequences of putting your head in the sand over the health and welfare of your people you serve makes for many sleepless nights when someone is killed or injured in an ambulance crash. Sometimes it’s personally painful for a leader to stand on the soapbox in a sea of disagreement, but there is so much to gain from your commitment to the right crusade. As the coach always says, “No Pain, No Gain!”