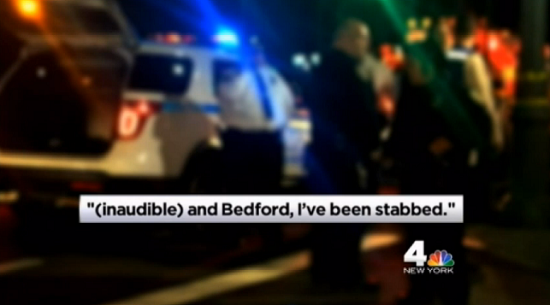 BROOKLYN, N.Y. (NBC New York) – Police are searching for the man who allegedly attacked a Hatzolah worker from behind and slashed him in the back as he was walking in Brooklyn Tuesday evening, authorities say.

The Hatzolah worker was in the area of Eastern Parkway and Rogers Avenue in Crown Heights at about 8:15 p.m. when he was attacked, according to the FDNY and fellow Hatzolah volunteers. He had his radio on him and was able to call for help right away.