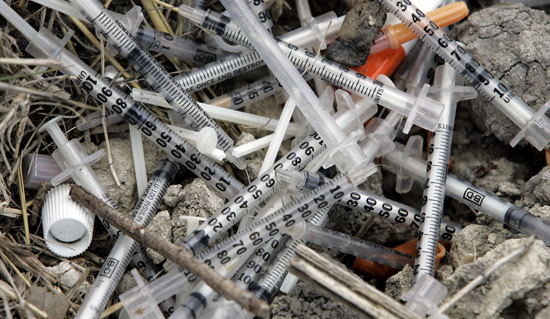 Waste generated by healthcare providers is known by many names: medical waste, infectious waste, biohazardous waste and others. Management and disposal regulations have been issued by states throughout the country, many of which contain very detailed and cumbersome requirements for healthcare providers.

Because of this, most people assume there’s considerable risk associated with medical waste if it’s not properly handled or disposed of. The very existence of these regulations suggests there’s risk, but is that really the case?

Concern over medical waste began in 1987, when syringes and other medical waste washed ashore onto beaches in New Jersey and New York. Beaches were closed and thousands of vacationers stayed away.

Due to misleading media reports, the general public became concerned over the possibility of contracting a bloodborne pathogen and there was a substantial loss of revenue for vendors and states. Concern about dangerous emissions from the incineration of medical waste was also generated, which created substantial pressure for governments to “do something.”

Statutes and regulations dealing with medical waste were promulgated by most states over the next several years. Although this government action calmed the public outrage, the fact is that the legal landscape we’ve been left with is disproportionate to the risk involved.

In addition to state regulations, there are three federal agencies that address medical waste issues: the Environmental Protection Agency (EPA), the Occupational Safety and Health Administration (OSHA), and the Centers for Disease Control and Prevention (CDC). The CDC doesn’t have regulatory authority, but it issues notices and advisories that often are issued jointly with OSHA, focusing on infection control issues.1

Waste generated in hospitals and other healthcare settings that falls under the heading of “medical waste” is actually a very small percentage of the overall waste generated (about 15%), but concern about risks associated with this waste is high due to the prevalence of extensive regulations.

When discussing waste generated through the provision of healthcare, different terms are used, and there’s no universally accepted definition used in state regulations that govern the definition, collection, handling and disposal of healthcare waste.

OSHA published a definition of medical waste in its Bloodborne Pathogen Standard, 29 CFR 1910.1030, and it’s Compliance Directive for this regulation, CPL 02-02.069: “Liquid or semi-liquid blood or OPIM (other potentially infectious material); items contaminated with blood or OPIM and which would release substances in a liquid or semi-liquid state if compressed; items that are caked with dried blood or OPIM and are capable of releasing these materials during handling; contaminated sharps; pathological and microbiological wastes containing blood or OPIM.”3

In summary, sharps are medical waste and any item that’s “dripping, pourable or squeezable” with blood or OPIM, or is caked with dried blood, is medical waste.

The federal definitions serve as a guide, but each state sets its own definition to which OSHA defers. But the various definitions make it clear not everything used for patient care or that has some blood on it meets the definition of medical waste. How something is commonly defined in a regulation doesn’t mean it requires special handling and disposal in all states. For example, the medical waste regulation in Ohio lists sharps as medical waste but states that for small generators of waste (less than 50 pounds/month) “sharps can be disposed of as solid waste in the landfill if they are placed into a rigid, puncture-resistant, leak resistant, and closed tightly to prevent loss of contents.” 5

In North Carolina, an item must contain at least 20 mL of blood to be considered a potential hazard.6 In Illinois, the regulations passed in 1993 are titled Potential Infectious Medical Waste and state the regulation is the result of medical items washing up on the beaches.The wording clearly recognizes the issue isn’t science-supported.

Illinois defines body fluids as “liquid emanating or derived from humans.”7 So, not everything generated in patient care is red bag waste. In Nevada, the regulations state, “Concerning the health risks associated with medical waste, studies show that it does not contain any greater quantity, or different types, of microbiological agents than does residential waste.” There’s also evidence to show untreated medical waste can be safely disposed in properly operated municipal waste landfills. Regulations don’t always require treatment of medical waste–disposal in a permitted landfill according to approved practices is acceptable.8 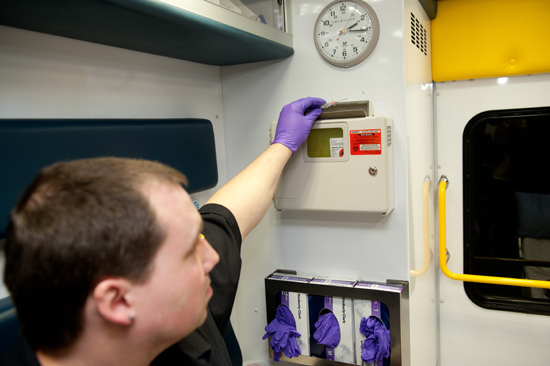 Needle-safe devices must be disposed of as healthcare waste even though they’re designed to prevent another person being stuck by the sharp after use. Photo Kevin Link

All state definitions list sharps as medical waste. This is appropriate since sharps such as needles, scalpels and even lancets have been documented to pose a risk for disease transmission in healthcare settings.

In 2000, the U.S. Congress passed the Needlestick Safety and Prevention Act requiring the use of sharp safe devices. This law instructed OSHA to update its bloodborne pathogen regulations to require the use of needle-safe devices.11

This has reduced the incident rate of sharps injuries to healthcare workers by more than 50%. Needle-safe devices must be disposed of as healthcare waste even though they’re designed to prevent another person being stuck by the sharp after use. It’s clear sharps may pose a potential risk for exposure, and therefore sharps are defined as a waste requiring special handling. But is this warranted?

In 1987, concerns were raised regarding the opportunity for public exposure when 12 children in Indianapolis, were found playing with needles and vials discarded in a trash bin by a medical office. A search of the literature shows no instances of public illness as a result of exposures such as this one.

As the home health industry grows, concerns rise over the increasing quantities of medical waste found in residential waste. However, studies show that this waste doesn’t contain any greater quantity, or different types of microbiological agents, than regular residential waste.11 It’s important to note that medical waste and sharps coming from households are exempt from regulation in all states.

Do studies really lack documentation of medical waste posing a health risk? This question was perhaps best answered in a position paper published in 1992 by the Society for Hospital Epidemiology of American (SHEA).12

Here, we have experts in the field of infections and prevention of infection directly addressing the issue of risk. In this paper, SHEA made note of the fact that the quantity and volume of medical waste coming ashore on the beaches was relatively small. Actually, about 90% was plastic, glass and other debris.12

A key factor that’s missing in this discussion is whether medical waste can transmit an infectious disease. This brings into focus the factors necessary for disease transmission: dose of the organism, presence of a pathogen, virulence of the pathogen, host resistance and, the key element, mode of entry. Bloodborne diseases require blood-to-blood contact.

The CDC and the EPA only consider waste to be infectious if it contains a sufficient number of pathogenic organisms to cause illness. Thus, the CDC and EPA list the following as waste: microbiological, pathological, animal, blood and sharps. In other words, not everything needs to go in a red bag!

Most of what’s used in EMS is traditional trash–not red bag waste. Generally speaking, gloves that aren’t dripping with blood are trash. A 2×2 with some blood is trash. Bag-mask devices, IV bags and IV tubing are all trash. This information demonstrates the importance of knowing your state definitions.

Medical items washing up on the beaches is an aesthetic issue and raises an economic cost, but risk for transmission of disease is “nonexistent” according to the SHEA document. The report states: “The theoretical estimate that the factors for infection to occur in a sequence and a person will develop HIV infection from a needle on the beach is 1 in 15 billion to 1 in 390 trillion.”12—14

What about occupational exposure to medical waste? Multiple studies document the risk for disease transmission from a fresh sharps injury during the provision of patient care. However, to date, there’s no evidence that a waste worker, sanitary sewer worker or a member of the public has ever acquired an infection from medical waste.1

It would appear that regulations and concern over medical waste came about by the rush to address public concern rather than looking to the science to determine whether or not legislation on this issue was warranted. Fear superseded science and education.

Today, there’s a more concerted effort to have science lead the way in healthcare. This is termed “evidence-based practice” and focuses on science to support laws before they’re passed.

Many departments have to contract for pickup and disposal of medical waste at a significate cost. More and more medical facilities will no longer accept EMS-generated medical waste because of the additional cost to the facility, especially when much of what’s currently being placed into red bags isn’t truly medical waste by their state definition.

State medical waste regulations, especially the definitions, should be in each department’s exposure control plan and need to be incorporated into training for all department members.

Knowing the definition of medical waste in your state is important. Many dollars can be saved in cost for medical waste disposal if you’re aware of what is and isn’t considered waste.

Understanding true risk versus perceived risk will assist in lowering apprehension levels among members of the department. Regulations remain regulations and whether they’re science-based or not, departments must still be in compliance.