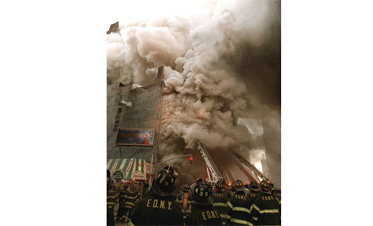 For example, EMS personnel arriving on scene at a high-rise fire need to immediately request an MCI assignment of at least seven additional ambulances, set up a large rehab area, be prepared to rehab firefighters for an extended period and have MCI triage and have treatment and transportation groups in operation before the first wave of firefighters exits the building. (In my book, anything above six stories is a “high-rise” fire because the roof and upper floors cannot be easily accessed by firefighters.)

These early EMS actions are necessary because high-rise fires historically have been the hardest, most labor-intensive fires for firefighters to battle, as well as the incidents that produce the largest number of firefighters injured or affected by heat exhaustion. The additional ambulances early are necessary to help you establish operational responsibilities and still have one or two units available for initial transport of victims.

If an EMS system isn’t proactive and doesn’t take these actions early, the first arriving ambulance will soon get inundated with victims and become overwhelmed. Gordon Graham, an attorney, former California Highway Patrol captain and nationally recognized risk manager, sums it all up in his public-safety lectures when he says, “Predictable is preventable.”

What this means in EMS/fire/rescue terms is that if you have knowledge about how a previous incident went bad, and it’s similar to the one you’re working but you don’t take actions to avoid the same mistakes, you will, in all probability, suffer an equal (or worse) fate.

Vincent Dunn, one of the most knowledgeable fire officers in the history of the American fire service, recently wrote a powerful article on a fire service Web site that illustrates what “predictable” really means. His words should keep fire and”žEMS chiefs, and their government officials, up at night. He said, “The best-kept secret in America’s fire service is that firefighters cannot extinguish a fire in a high-rise office building.”

Those of us who’ve been in EMS and the fire service know that when you tell us we can’t do something, we’ll try our hardest to prove you wrong, often getting hurt or exhausted in the foolish effort.

Dunn’s follow-up provided facts that are important to retain and draw from when making EMS operational decisions at a high-rise fire scene. He notes that even one fully involved high-rise floor (10,000-20,000 square feet) is just too large an area for any fire company to extinguish with a hose stream. He points out that a fire company advancing a 2 1/2-inch hose line, with a 1 1/8-inch nozzle, discharges 250 gallons per minute, which can only extinguish about 2,500 square feet of fire, and that even two lines, operating side by side, can handle — at best — 5,000 square feet of fire.

Take into consideration that modern open-floor office design features cubicle work stations and small partitions that don’t extend to the ceiling, and you’ll understand why a fire that you can’t see from the street level can spread so rapidly. Again, what’s going on inside that structure is predictable.

Chief Dunn categorizes what’s happening inside a serious high-rise fire as “controlled burning” and says firefighters operating the hose stream in a doorway will have to maintain a defensive position for as long as it takes for all the combustible contents to be consumed. This may be two, four or eight hours.

See any need for rehab yet?

If you’re still unconvinced, take into account that those firefighters will have to march up perhaps 20 flights of stairs wearing 75 lbs. of gear, work in high heat and smoke conditions for extended periods of times, and then walk back down the stairs to exit the building.

Try that carrying just a medical kit and monitor, and you’ll get my point.

The icing on the rehab cake comes in Dunn’s closing comments. He says that the manpower needed to successfully contain a high-rise fire to one floor and not kill large numbers of occupants attempting to escape is 40-50 firefighters using a rapid-response, blitz attack. If this initial group can’t contain the fire, Dunn says it will take another 100à200 firefighters to control the fire and keep it from spreading to the floors above.

Because many urban centers don’t have 100-200 firefighters immediately available to them, Dunn’s comment presents a predictable situation to fire and EMS responders: The involved firefighters are going to take a beating at a high-rise fire, and rehab and MCI operations are going to be vital.