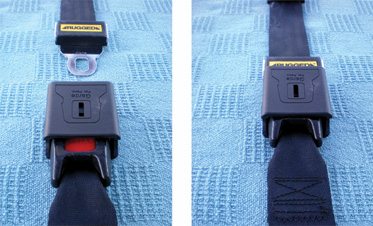 I have this spinal fusion, see?

L3 through L5 are solid as a rock. The doc who did my first EMS physical told me I’d never make it in this business. So did the one at the Selective Service Center in Los Angeles. I figured I was headed for Vietnam, and that was that.
Four decades later, I’m still here. (They’re not.) I respected their observations, and I wish I could buy them each a drink today.

When you’re conscious of your back, I think you learn to lift better. I’ve lifted 20,000 patients with my back, give or take a few; and it’s still strong. (Back is dandy; knees are goners. Hips and hearing, too.)

Like it or not, I learned how to kneel from nuns. It was painful, thus the fusion. But it turned out to be excellent preparation for the life of a field caregiver.

Why do I say that? Because I’ve noticed that EMTs lower themselves on nearly every call. So much so that kneeling eventually becomes as routine for them as anything else they do. Lowering yourself helps you make eye contact with somebody who’s sick, and maybe sitting in a chair or lying on a bed. It’s also a posture of convenience when you’re trying to care for someone on the ground. (As long as you’re picky about where you kneel, anyway.)

Sometimes, kneeling is a posture of necessity, such as when you’re trying to gain the confidence of a child or somebody who’s scared to death. But no matter whatever else kneeling signifies, it always expresses humility–that special deference we offer a person of great importance.

I believe there’s great power in humility. Gandhi taught that lesson all his life; so did the Buddha, and so did Jesus. I think more than anything else, it’s what’s been missing for years in Washington, D.C.

It seems to me that most of us instinctively value and respect humility in others. Think about the people you’ve most admired, Life-Saver. Were they MBAs with blue-blood pedigrees? Or were they grape-pickers, mothers and diesel mechanics, putting their kids through school and struggling for their lives against a powerful recession?

One of the wisest men I’ve ever met was a house painter named Jorge Cabrera, who said painting was quiet work that gave him time to think. I was a laborer at the time, working my way through college. Sometimes it was my job to prep surfaces for him.

Jorge was poor. He brought coffee, tortillas, beans and roasted peppers to work with him every day, and he was happy to share them with anyone. He worked hard and fast. I’ll never forget sitting in the hot shade at lunchtime and learning the language of his Mexican ancestors.

Jorge had a simple, solid view of life that transcended argument. When he spoke, people naturally listened. No matter how smart they were, or how well educated.

You meet a lot of people like Jorge in this business, mostly on the worst days of their lives. You’re never in a position to judge them, so you can’t always discern the good ones from the bad ones (unless they’re really good or really bad). But either way, when you find yourself eye to eye with somebody you don’t know, especially on their turf, what do you do? You humble yourself, don’t you? You kneel.

Kneeling is a posture that people in every culture associate with humility. I know it seems paradoxical that assuming such a position might actually enhance your own dignity, but it certainly seems to do that. Call after call and year after year, I think it elevates you, both as a caregiver and as a person. And that elevation is a small part of what EMS gives back to us in return for the many small kindnesses so many of us secretly bestow on others.

I think humility is an essential bridge between a sufferer and a healer. More than that, I think it’s the cardinal gift of every master-level caregiver. If you’re born with it, the art of serving others feels like the most natural, most comfortable thing in the world. I think it eradicates barriers between people who don’t know one another, and who need to trust one another. In its absence, not even the greatest teachers can turn you into an EMT.

Strange, how the best of them seem to possess it as well. JEMS

This article originally appeared in October 2010 JEMS as “Humility: Why do we kneel?”