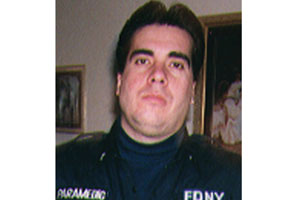 More than a thousand first responders, including nearly 200 members of the New York City EMS system, arrived within 15 minutes of the first 9-1-1 call. Eventually, more than 400 EMS personnel responded to the massive 16-acre site. Eight EMTs and paramedics were among the 2,973 people who died when 38 buildings either collapsed or were damaged.

The 9/11 Commission Report, issued July 22, 2004, provided the most comprehensive investigation into the attack and the resulting emergency response. The report examined the actions of the key agencies involved in the response, including the Fire Department of New York (FDNY), New York Police Department (NYPD) and the Port Authority Police Department (PAPD), and provided a blueprint for areas of improvement. The chief areas of concern included communication difficulties, lack of cooperation and unified command between agencies, and an overwhelmed dispatch system.

Although efforts to improve mass casualty incident (MCI) response and enhance the safety of EMS personnel have been enacted, changes in emergency medical response have taken time due to the massive size of the NYC EMS system. Five years later, what lessons has EMS learned and how well is it prepared should New York City face another large-scale disaster?

The second collapse destroyed the police and fire command post located in the lobby of 2 World Trade Center, killing many of the commanding officers, including Peruggia’s boss, Department Chief Peter Ganci Jr.

At that moment, the largest MCI in U.S. history was without a command structure. “We had to reorganize the whole job,” EMS Deputy Assistant Chief John McFarland says.

Peruggia set about reestablishing the EMS command post, but because he had been working with OEM and not involved in direct field operation, he was unaware of his resources or their location. “I was going in blind,” he says. “I had no idea what the structure of EMS was prior to the collapse.”

One of his first duties was to marshal his resources, and that meant finding out who was alive and who was missing. It was a particularly difficult task, considering the shared 9-1-1 services. Although FDNY EMS is the primary provider of emergency medical response, it’s supplemented by a system of more than 50 voluntary hospital ambulance services and commercial companies.

According to the Regional EMS Council of New York City, the voluntaries make up nearly 40% of New York City’s ambulance fleet. Despite the name, they are full-time EMTs and paramedics employed to operate BLS and ALS units within districts throughout the city. The city is also served by community-based volunteer ambulance corps. Compounding the search was the fact that a significant number of EMS personnel self-deployed.

The biggest challenge for FDNY was a lack of communication. Even before the collapse, the analog radios they used and distributed to the voluntary hospital units didn’t work within the solid steel and concrete walls of the Twin Towers. In addition, the huge volume of radio traffic rendered most communication unintelligible. The Port Authority had installed repeaters; however, they had to be manually activated using a two-button process. Only one button was pushed that day, partially activating the system. Compounding the problem, many of the fire department members, including Peruggia, were unaware that a Manhattan South frequency had been turned into a second point-to-point frequency. Still others, who had self-deployed, did not have radios at all.

In addition, the 9/11 report found that a lack of a unified command and integrated communication between FDNY and NYPD stymied operational efforts. Critical information was not shared among agencies.

With no real-time intelligence from the upper floors of the towers, it was impossible for those working at the command post to assess the extent of the damage or to coordinate search efforts. Ironically, people watching the events unfold on television were better informed than those on the ground. “My mother in Ireland knew more about what was going on than we did,” Dominic Heavey, an EMT with Hunter Ambulance, says.

Ingress and egress was a problem because of knee-deep dust and debris, but also because New Yorkers (particularly EMS crews) familiar with Manhattan tended to use the Twin Towers as their geographical landmark. Without them, they were as lost on the 16-acre site as the responders coming from outside the city.

NYC now
Peruggia, now chief of FDNY EMS Command, is in the position to make the changes recommended by the 9/11 Commission. “We are continuing to build on the resources the medical branch needs to operate,” he says. Funding was provided primarily by Department of Homeland Security grants.

Equipment & gear: Peruggia has been successful in securing such equipment as automated vehicle locators, decontamination units, five logistical support units and a custom computer-aided dispatch (CAD) program. The department has also put into service its first-ever mobile respiratory treatment unit. The specially designed bus carries enough oxygen setups to treat up to 32 victims at a time for up to three-and-a-half hours before changing cylinders.

In addition, all FDNY EMS field personnel have been outfitted in specially designed turnout gear that conforms to the National Fire Protection Association (NFPA) 1999 standard on protective clothing for emergency medical operations, 1951 standard for USAR protective ensemble and 1992 liquid splash and hazmat standards. The tan-colored, lightweight coat and pants are tear-, puncture- and flame-resistant, and provide flashover protection. The outfit includes gloves, helmet and special lightweight but tough boots. A new public awareness campaign tells New Yorkers to “scan for the tan,” when they need medical assistance. All personnel are also fitted with MSA Millennium air-purifying respirators, which they’re required to carry at all times. Prior to 9/11, they were supplied with only N95 masks.

“I can sleep well at night knowing I’ve done what I can to protect [EMS personnel],” Peruggia says.

To help coordinate future MCI and major incident response, a new, state-of-the-art Fire Operations Center was recently created at FDNY headquarters in Brooklyn. Fire and EMS personnel staff the $17 million command center around the clock. (The police have their own command center.)

Live video feeds from police helicopters and Department of Transportation cameras, digital photography and multiple maps and displays give ranking officers a global view of an incident and avoid the need to have all command officers on scene to direct operations. “This is the pulse of the city,” says Lieutenant Chris Franceschi, one of the EMS personnel assigned to monitor and operate the command center.

To better coordinate with mutual aid resources, Peruggia says that FDNY EMS now has six caches of portable radios (a total of 145), along with chargers and spare batteries, which can be handed out at major incidents to ensure linked communications on scene.

Cooperative efforts thwarted: One thing that has not changed since 9/11 is the animosity between the fire and police departments. Despite the 9/11 Commission’s call for a unified command, New York City Mayor Michael R. Bloomberg designated the police department the lead agency in hazmat and terrorist incidents. The official declaration was signed over the opposition of FDNY. Bloomberg’s office says the decision was made because terrorist incidents are considered crime scenes.

FDNY isn’t the only one upset with the mayor’s decision. Former Washington State Senator Slade Gorton, a member of the 9/11 Com-mission, told the”žNew York Post that he and the commission were so disappointed by the decision that they considered asking Congress to make the formation of a unified command structure a condition for the city to receive federal homeland security spending.

Mutual aid system improved: One of the major improvements is the establishment of a new Mutual Aid Response Plan. The purpose is to help discourage self-deployment.

A ring-down system, operated by New York Presbyterian Hospital’s dispatch center and monitored by REMSCO, is used to dispatch units from the voluntary hospitals and private and volunteer organizations to an off-site staging area. Each dispatched unit is assigned a new, pre-designated number, making it easier to track and account for personnel on scene. Ambulances will not be sent to the site of future MCIs until needed. “It’s a whole different world now,” Peruggia says.

Jim Downey, a volunteer with Jamaica Estates-Holliswood-South Bayside Volunteer Ambulance Corps, says it will take some getting used to. EMS personnel are trained to react with urgency, particularly in a medical emergency when seconds count. “But now you’re being told to stand back for a minute,” he says.

Private sector EMS: FDNY is using its position as EMS contractor to force some of the changes. Voluntary hospitals signing 2006 contract renewals for 9-1-1 system participation are now required by FDNY to supply their personnel with NFPA 1999 compliant rescue-type jackets. In other areas, FDNY is working with REMSCO to encourage further training, such as the National Incident Management System (NIMS) program.”ž

‘A re-dedication to preparedness is perhaps the best way to honor the memories of those we lost that day.’–The 9/11 Commission Report: Final Report of the National Commission on Terrorist Attacks Upon the United States. Issued July 22, 2004.

On 9/11, most voluntary hospital ambulance crews–employees of the private system that augments FDNY’s coverage–didn’t have much in the way of protective equipment, including helmets. Since then, REMSCO has begun supplying volunteer ambulance corps with two sets of rescue jackets and helmets per ambulance. It’s also providing escape equipment, such as helmets and hood masks. The organization’s medical advisory committee made the decision to provide emergency evacuation equipment only. Some of the hospitals are choosing to store the equipment at a station, rather than on the rigs, in order to force the units to return to their base before heading to an MCI.

That’s not the case for New York Presbyterian units. EMS Director Jack Delaney says he ordered masks be placed on the ambulances in a special kit developed by the agency. Prior to 9/11, they were kept at the hospital. Each vehicle carries a personal protection kit of three full-face canister masks, hazmat suits, gloves and boots. The hospital has also expanded its decon team to a special operations position, placed global positioning systems (GPS) in all of the medical vehicles and installed electronic fences that protect the vehicles against potential hijackers when parked.

New York Downtown Hospital, the closest medical facility to the WTC, treated nearly 600 walk-in patients after the attacks. As a direct result of the incident, the hospital decided to double the size of its ED remodeling project, adding a decontamination center. The overhead decon showers and heaters, located at the hospital’s new ED entrance, can accommodate up to 1,000 patients per hour. Even the new cafeteria is designed to transform into an overflow emergency area. Double headwalls identical to those in the ED are hidden under wood-trim paneling and provide electrical outlets, suction and oxygen.

Training: As anyone in EMS, the fire service or the military will attest, new equipment and revised procedures mean little without training. FDNY has enacted a new hazmat training program. As part of the class, attendees are required to perform medical competencies in full protective gear, including respirators.

Despite the logistical challenges and enormous cost in time and dollars, FDNY has also attempted to involve the city’s EMS division and the voluntary ambulance corps in two recent MCI drills. Unfortunately, the outcome was less than satisfactory.

According to the New York State Volunteer Ambulance and Rescue Association, FDNY ambulances conducted multiple transports during a drill this past March. However, commanders were apparently unaware of, or unable to contact, non-FDNY resources that were also on scene. Some units waited five hours before being summarily dismissed.”ž

During an October drill at LaGuardia Airport, an error at the gate meant many voluntary units were denied access to the drill. The association says those in the ambulance corps units did little, learned less and were effectively left out of the communications loop.

In addition, the EMS department is training employees in hazmat awareness. Others will go on to the next level of hazmat training, and several employees will be trained as hazmat technicians.

EMS personnel who died from illnesses as a result of Sept. 11, 2001