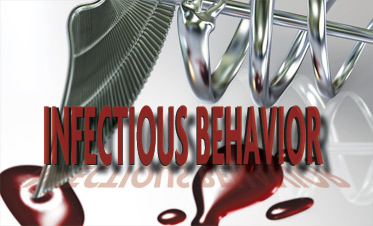 The National Association of Emergency Medical Technicians (NAEMT) estimates 8.8 million people are working in health-care professions in the U.S., with approximately 600,000 certified as EMTs and almost 150,000 as paramedics. In addition, there are more than 1 million firefighters, many of whom are trained in EMS.”ž

In the primary textbooks used in EMT and EMT-P training, the information provided regarding infectious diseases (also called communicable diseases) and infection transmission focuses almost exclusively on bloodborne pathogens and tuberculosis. Although it_s imperative that medical first responders be proficient in protecting themselves from exposure to blood, body fluids and other potentially infectious materials (OPIM)Æ’as well as tuberculosis, an illness transmitted via an airborne routeÆ’the question arises as to whether this should represent the majority of infection prevention and control training.”ž

The global outbreak of severe acute respiratory syndrome (SARS) in 2002à2003“ž among the Canadian EMS community emphasizes the need to reconsider our training levels. Transmission of the virus during performance of patient care and transport responsibilities, along with the need to perform extemporaneous training regarding PPE use and infection prevention strategies during a time of tremendous stress, demonstrated a gap in practice knowledge and skill that had a profound effect on the entire profession. Unfortunately, there_s little evidence that those experiences have resulted in permanent practice changes impacting infection prevention and control among the U.S. medical first responder community. A cornerstone of an effective emergency response process, PPE and infection protection not only ensure the safety of the patient but also the safety of the health-care provider.”ž

With emergency preparedness efforts in progress for potential pandemic influenza, the importance of competence in the area of infection transmission prevention is of utmost importance for critical infrastructure resilience, which is why we conducted a study to determine the existing knowledge and attitudes regarding infection prevention and control among the EMTs and paramedics employed by the EMS organization of a large metropolitan area in the Midwest. The specific aim of the study was to determine their knowledge and attitudes regarding infection prevention and control as it pertains to the anticipated functions of their job roles and responsibilities.

Methods
A working group of infection prevention and control specialists and experienced paramedics developed a survey as part of a training grant provided to the University of Louisville School of Public Health and Information Sciences Center for Health Hazards Preparedness. The survey was developed because no directly applicable measure was identified after a thorough review of the published literature. The survey collected demographic information and assessed five specific areas, including:

>”žThe ability of the responder to select the correct type of PPE to prevent infection transmission;

>”žKnowledge and application of environmental controls that may be protective during contact with airborne illness;

The survey was administered during regularly scheduled training sessions for providers in that community, occurring over a six-week period.”ž

In total, 141 surveys were distributed and completed. This represented 52.2% of EMTs and 69.3% of EMT-Ps employed by this agency at the time of the survey. Data were analyzed using SPSS statistical analysis software. Both descriptive and statistical analyses were performed. Given the non-continuous nature of many of the items, non-parametric tests were used for comparisons.”ž

Results
Among the 141 respondents, 69% were male (one respondent didn_t answer this question). Slightly more than half (56.4%) of the respondents were EMTs and the rest were paramedics. The paramedics were statistically older than the EMTs.”ž

1) Selecting appropriate PPE:“ž EMTs and paramedics indicated similar selection of PPE for patient assessment and/or transporting a patient experiencing specific signs and symptoms. EMT and paramedic responses are shown in Table 1 (See Table 1, January 09″žJEMS, pg. 59), below. Glove use was the most consistent protective practice indicated by both groups.”ž

There were no statistically significant differences in selection of PPE between EMTs and paramedics, except when eye protection was selected for use when encountering patients with SARS or avian influenza and when respirators were selected when encountering a patient with fever and a cough. During these scenarios, EMTs indicated they were more likely to select those additional types of PPE than were the responding paramedics.

When asked which type of PPE offered the best protection from disease transmission during the actual SARS outbreak, both groups said respiratory protection was the primary element of importance (see Table 1). However, when asked about what they would choose for a hypothetical SARS patient, more respondents chose gloves than respiratory protection.”ž

2) Hand-hygiene practices:”ž Hand-hygiene practices are of specific concern regarding prevention of disease transmission. Both groups indicated they always perform hand hygiene after patient contact and that they never use gloves as a substitute for hand hygiene. Hand hygiene practices were potentially limited due to lack of soap and water facilities on the ambulance. When asked about availability of alcohol-based hand rubs, 98.8% of the EMT population and 96.7% of EMT-Ps indicated that such products were readily available to them in their ambulances.”ž

4) Environmental disinfection:”ž Recognition of the role of the ambulance environment in the disease/infection transmission to the patients, first responders and others was assessed, particularly with regard to ambulance cleanliness. We found a consistent lack of disinfection of the ambulance at any time by either group; however, nearly all respondents indicated that their ambulances were routinely cleaned.”ž

5) Confidence of the EMT/EMT-P in their existing knowledge and skill regarding infection prevention:“ž Respondents were asked to indicate their level of confidence in protecting themselves against acquiring a respiratory illness from a patient and how confident they are in their ability to select appropriate PPE for all patient encounters. Results indicate that both groups have some measure of confidence in their abilities to protect themselves, and there was no significant difference between the responses of the two groups. However, few indicated they_re very confident in their abilities.”ž

Discussion
Results were evaluated within the five thematic areas of the survey. Results of protective equipment selection ability demonstrated that PPE is inconsistently used and may be the greatest indicator of a gap in knowledge regarding modes of infectious disease transmission. Without basic understanding of these modes, the ability to recognize and prevent infection is hampered. Basic EMT training focuses primarily on prevention of blood-borne pathogen transmission, and application of this knowledge was evidenced by the high percentage of EMT/EMT-Ps reporting glove use. On the surface, this may indicate these responders understand and apply the elements of standard precautions (SP) as outlined by the Centers for Disease Control and Prevention. SP involve the selection and use of barriers to prevent contact with blood or OPIM, and are therefore more than just using gloves. Little importance was noted for other types of PPE, even when provider infection could be prevented by use of other types of barriers, such as eye protection and gowns. These results support expanded training regarding modes of infection transmission and the appropriate use and selection of other types of PPE beyond gloves.”ž

Both groups reported high rates of hand-hygiene performance and that alcohol-based hand rubs are available for their use. These self-reported rates are markedly higher than observed hand-hygiene rates among hospital-based health-care personnel. The survey did not ask where hand hygiene occurs (i.e., at a hospital upon patient transport, upon return to base) or when it occurs in relation to care provided (e.g., immediately upon transport, immediately after exposure situation). Responses did indicate, however, that neither group uses gloves instead of hand hygiene. This self-reported information also differs from observations reported among hospital-based health-care personnel.”ž

Survey results indicated confusion regarding actions that may, or should, be taken when encountering a patient with a contagious infection that may contaminate the ambulance environment or be transmitted to medical first responders riding in the ambulance. Although closing compartment doors and using exhaust fans may serve to alter airflow and potentially minimize airborne infection transmission, neither practice was largely recognized by either group as a desirable option.

Further, only a minority of responders recognized that positive pressure airflow is desirable in an ambulance environment. This is different from the negative pressure airflow desirable when inside the hospital environment. Inside the ambulance, air should be exhausted to minimize the potential for airborne particle concentration. In the hospital setting, the goal is to use negative airflow as a means of preventing dispersal of the airborne particles into the adjacent areas. Again, clarification of this concept is an important element for inclusion in both EMT and EMT-P training with reinforcement in the practice setting. Considering the number of illnesses in which transmission may occur via the airborne route (e.g.,”žMycobacterium tuberculosis, measles, varicella, smallpox and potentially SARS and avian influenza), rapid employment of protective strategies is essential to protect medical first responders and their communities.”ž

Conclusion
The survey results provide an important snapshot of current knowledge and practice among medical first responders. Limitations to this study include the small sample size, a survey sample from the same geographic area and workplace, and the need to develop and use a survey instrument. The resulting survey therefore lacks validation. It_s unknown if these results can be extrapolated to the larger EMT and EMT-P population. Nevertheless, the results indicate the need for further evaluation and attention to education on infection prevention and control. One consideration is to expand the infection prevention and control elements included in the national registry examination, thereby heightening the protective practice expectations.

An effective emergency response team not only ensures the safety of the patient but also the safety of the health-care providers and the community. As the survey results indicate, existing knowledge regarding infection prevention and control is lacking among medical first responders involved in this study. Based on our findings, there needs to be a comprehensive program detailing how first responders can protect themselves and others from transmissible infections.”ž

The activities of this study were performed by researchers at the University of Louisville School of Public Health and Information Sciences Center for Health Hazards Preparedness and funded by a grant from the Office of the Assistant Secretary for Preparedness and Response.”žJEMS

Dennis K. Sullivan, BA, CEM, EMT-P, is a practicing paramedic and the assistant director of the Department of Environmental Health and Safety at the University of Louisville. Contact him at”ždennis.sullivan@louisville.edu.

Ruth M. Carrico, PhD, RN, CIC, is an assistant professor at the University of Louisville School of Public Health and Information Sciences. She is board certified in infection control with research interests in disease transmission among health-care personnel. Contact her at”žruth.carrico@louisville.edu.

A. Scott LaJoie, PhD, MSPH, is an assistant professor at the University of Louisville School of Public Health and Information Sciences specializing in medical decision-making. Contact him at”žaslajo01@louisville.edu.

2.”žAAOS:”žEmergency Care and Transportation of the Sick and Injured. 9th edition. Jones and Bartlett: Sudbury, Mass., 2005.