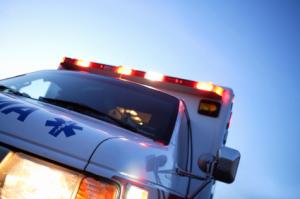 Federal design standards for ambulances are getting their first major shakeup since the 1970s. A draft of the National Fire Protection Association’s 1917 “Standard for Automotive Ambulances” is circulating, with the initial round of comments due to NFPA by Dec. 15. The standard will replace the General Services Administration’s triple-K Federal Specification for the Star of Life Ambulance. As expected, the 83-page draft, which is scheduled to go into effect in 2013, is sparking debate in the EMS community with regard to the cost and practical application of some of the proposed standards.

KKK’s retirement
The KKK-A-1822 specification has been in use since the 1970s, when the General Services Administration developed it as a purchasing standard for government
ambulances. Though it was intended as precisely that–a purchasing standard for the federal government–many states and localities adopted the GSA requirements in the absence of another widely accepted standard.

Adherence to the triple-K specification and, going forward, the NFPA 1917 standard, is voluntary, although about 40 states “use the KKK standard in some way, shape or form as their minimum standard for purchasing ambulances, or as a minimum standard specification for ambulances,” said Aarron Reinert, executive director of Lakes Region EMS in Minnesota and a member of the NFPA technical committee that developed the new draft standard.

It’s also likely that many manufacturers will retool their vehicles to meet the NFPA standard, so even those ambulance services that aren’t required to purchase vehicles in accordance with NFPA 1917 may have no choice but to pay a higher price for new standard features and equipment.

Why NFPA?
Non fire service-based ambulance providers have questioned whether NFPA is the appropriate organization to release a standard that, for all practical purposes, will become an industry-wide reference document. Reinert said NFPA has a long history of developing standards for all kinds of vehicles, which probably made it a “natural fit for doing something similar with an ambulance standard.”

The NFPA’s technical committee includes a broad range of stakeholders, from manufacturers and fire departments to private ambulance companies and EMS organizations. “I’ve been very impressed with the people on the committee and their vast knowledge and expertise,” he said.

Still, there’s always compromise. Therefore, not every specification will please everyone. In particular, a few changes over the KKK standard are expected to be very expensive, impractical or challenging to incorporate into ambulances as they’re manufactured today.

Key changes
“There is no doubt that the document requires a higher level of equipment, a higher level of testing and a higher level of documentation,” said Mark Van Arnam, president and chief executive officer of American Emergency Vehicles. An AEV representative also participated on the NFPA’s technical committee. The additional requirements could add “five-figures” to the purchase price of a vehicle, he said. If the specs stay as they’re currently written, he estimates costs could rise 15—20% for van-type vehicles and about 10% for Type IIIs.

Some standards that exist in the NFPA 1901 Standard for Automotive Fire
Apparatus were carried over to NFPA 1917. “For example, the data recorder, which is probably going to be the most expensive single increase in the new vehicle, if it does pass, was recently integrated into the NFPA 1901 documents,” Van Arnam said. “We’re seeing some things gravitating over to the ambulance side that we’ve never seen before.

“A data recorder that will record momentum, inertia, lights on/lights off, right down to who is sitting in what seat and whether their seatbelt is belted or not, undoubtedly it’s a very good thing, but it’s going to be some very expensive technology that’s currently not required in ambulances,” he said.

The class of vehicles used for ambulances doesn’t provide passenger seat monitoring. “So we’re now being told we have to figure out how to monitor the passenger seat in the cab of all these vehicles. Then we’re going to have to modify the seatbelt so that it records,” he said, adding that fire trucks are built on custom chassis, so the feature is installed by the fire truck manufacturer when installing the seatbelt. “It doesn’t work that way in ambulances. You’re buying a Ford van, a Ford cutaway, a Chevy cutaway–so that’s an issue.”

Van Arnam said he believes the most “onerous” criteria included in the NFPA draft relate to speed. “The first one is that all ambulances will be limited to a maximum speed of 72 miles an hour. Maybe you can live with that, but I think the speed limit is 75 in some parts of the country. I think a lot of people are going to have a problem with that.”

The second requirement is the addition of vehicle stability control, which doesn’t currently exist in most ambulances. It doesn’t exist in Type IIIs, which account for half of all ambulances built every year in the U.S., and it doesn’t currently exist in most cab chassis, Type 1s, Van Arnam said. He said the only vehicle of that class and size is a specific medium-duty made by International Truck, a progressive company. “The majority of ambulances built are not equipped with the vehicle stability control, and it’s not something you can add on. And, if the vehicle doesn’t have vehicle stability control, [under the draft NFPA standard] it has to be limited to a speed of 60 miles per hour. That will likely be unacceptable to most ambulance providers.”

Cost v. benefit
Though some of the NFPA standards are expensive, many could improve crew and patient safety. “One of our challenges is that there’s very little peer-reviewed academic research out there,” Reinert said. “The number of emergency vehicle crashes is so small, relatively speaking (thankfully) that it’s hard to do research that says this kind of design or this kind of emergency vehicle warning system worked or didn’t work.”

Van Arnam and Reinert encourage ambulance services to get involved in the process. Go to the NFPA website, read the draft and submit comments. (See the end of this article for the link.) The committee is required to consider every single comment before issuing its second draft, which will again go out for comment.
“It’s great to see the passion about it,” Reinert said, “because if we do debate it with passion, the end result will be a better product.”