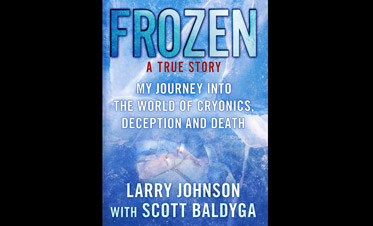 I have to warn you from the outset that this month’s column will be a little different — kind of a Halloween tale. However, unlike most Halloween tales, this one is true. Listen, my children, and you will hear about the day Ted Williams lost his head — literally. Yes, I’m talking about THAT Ted Williams — none other than the baseball Hall of Famer who wore a Boston Red Sox uniform.

Before I get to the gore, I should provide a little background. One of my long-time friends, Larry, is a paramedic in Las Vegas. We first met many years ago when he was a flight paramedic for CareFlite in Dallas and Fort Worth. Later, he was the clinical manager for a couple of the EMS agencies where I served as the medical director. We quickly became good friends. We stayed in touch over the years, and he even attended my daughter’s wedding.

One day Larry disappeared — pretty much without warning. I started asking around and found that he had taken a field paramedic job in Las Vegas. I made arrangements to meet up with him on a trip to Sin City, and I found out that he had wanted to do something different and had a good job offer in Vegas — so he went. I returned to Texas, and we stayed in touch.

One day I called his job and found that he had taken a new position in the Phoenix area. He started working for a company in Scottsdale called Alcor — a cryonics firm and that freezes people (or parts thereof) at (or near) death in hopes that a cure for their medical condition would be found at a future date and they would be reanimated and live happily ever after. I contacted Larry and he told me about Alcor. His job, as a paramedic there, was to assist with the preparation, transport and cryopreservation of Alcor patents. I told him that I was skeptical (me skeptical?) and that Alcor sounded more like science fiction than science. Larry said the job was interesting and challenging. We talked occasionally. He soon became the chief operating officer.

A few years ago, my wife, Emma, and I had the television on one morning and there was an interview with somebody talking about a frozen head. This of course piqued my interest. The interviewee, kept in shadows where he couldn t be recognized, was telling the story about the freezing of Ted Williams’ head. After Ted Williams died, his son wanted him placed in cryopreservation (which appears to be contrary to Ted’s will, in which he expressed his wish that his ashes be spread over the warm waters off the Florida coast). The interviewee said that Ted’s head had been cut off in a process the Alcorians called “neuroseperation” (sounds more like decapitation to me) and was being kept in a lobster pot filled with liquid nitrogen. I was listening to the interview and looked at the shadowed figure. There was something about it that was familiar. All of a sudden it came to me — the interviewee was my friend Larry and the company he worked for was Alcor. The ABC anchor mentioned something about an article in Sports Illustrated, and I immediately drove to Barnes & Noble and bought the magazine. Sure enough, it was Larry. He had blown the whistle on the cryonicists — and boy, were they pissed off.

I tried to reach Larry, but he was nowhere to be found. We were working on a Critical Care Paramedic book together and the publisher was pushing us for a schedule. I needed to talk to Larry about the book and, sure, I also wanted to know about Ted.

Weeks and months went by, and I heard nothing from my old friend. I was getting worried. Then, one day I got a brief phone call from a phone booth in California. It was Larry. He was on the run. He said that the cryonicists were after him and wanted him dead. He had been receiving death threats. Shortly thereafter, I started receiving friendly, although weird, phone calls from people looking for Larry. I told them I didn’t know where he was or how to reach him. It was the truth.

Later, the phone calls became somewhat nasty. Somebody found out about the proposed Critical Care Paramedic textbook from a posting on Amazon.com and they were sure I knew how to reach Larry. I didn’t — really.

Finally, the pressure on Larry started to fall off, and he returned to Las Vegas and EMS work. He would still get death threats against him and his wife. Somebody even called his elderly father in Phoenix and told him that Larry had been killed in a motorcycle accident — a blatant lie. But Larry got even.

Now, with the help of an experienced screenwriter from Hollywood, Larry has written a book detailing his bizarre experiences with EMS and cryonics. The book is titled “FROZEN: My Journey into the World of Cryonics, Deception, and Death,” published by Vanguard Press. Pick up a copy and hold onto your head.

Also, always check a few references before taking a non-traditional EMS job lest you end up in something as weird as dealing with the severed heads of dead baseball legends. For more information on this bizarre — but true — tale, go towww.frozenbook.com