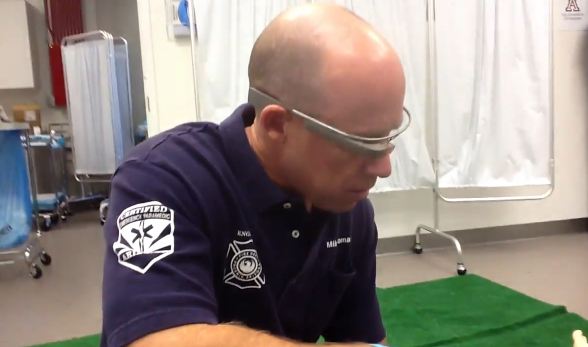 UA College of Medicine – Two fourth-year students at The University of Arizona College of Medicine — Phoenix received one of an estimated 6,000 Google Glass units that were distributed in 2013. Jeff Tully and Christian Dameff were awarded the new high-tech glasses after entering a contest they found via social media.