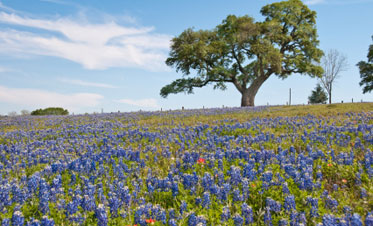 I’ve been doing quite a bit of reflective thinking lately. Not sure why. Perhaps it’s the passing of my 55th birthday. Perhaps it’s a growing sense of frustration. I’ve spent 36 years of my life involved in EMS, in one fashion or another. I’ve always tried to be a proponent for EMS personnel and EMS patients. For the last few years, I’ve taken on a somewhat contrarian role, and this was intentional. I challenged some long held beliefs and practices, but I tried to do so with considerable academic support. Sometimes I took positions I didn’t totally believe but did so to challenge thought and stimulate discussion.

The responses were predictable — most appreciated a fresh look at EMS. Others thought I was the Antichrist. Some of these controversies elicited a great deal of emotional response. Two of these come to mind: critical incident stress debriefing (CISD) and medical helicopter overuse. I’ve actually received hate mail in regard to articles scrutinizing these practices. CISD/CISM was removed from the new EMS Instructional Guidelines (curricula) and helicopter EMS is now receiving national media attention. My only intention in writing these pieces was to protect providers and patients.

Now, I wonder whether it’s been worth it. Do EMS providers really care about EMS, or is it just a temporary job until something better comes along? Is it just a young person’s game? Do EMS providers really care about the profession as a whole and worry about its future? For more than 30 years I’ve seen the National Association of EMTs (NAEMT) struggle. Membership goes up and down. Many join NAEMT only because they get free or reduced rate membership when they take one of the courses sponsored by NAEMT. State associations are even worse. My home state, Texas, has more than 50,000 EMS providers, but only 100 are members of the EMS Association of Texas (EMSAT). I’ve been a member of the two prior iterations of Texas EMS associations: Texas Association of EMTs and Texas EMT Society. Neither survived for more than a few years.

I’m an optimist and have tried to enhance the profession. For many years, my wife and I held an event on our ranch called “EMStock.” It was designed to bring EMS people together for fun, fellowship and education. We personally spent thousands of dollars on the event. I leaned on friends and colleagues to come and present lectures for free. Many great EMS companies provided financial support. We charged little or nothing and gave away thousands of dollars (literally) in door prizes. We would have 500 people sign up on the Web site. But, when the weekend for EMStock came, few showed up.

I’ve been asked several times about future EMStock events. There will be none as far as I’m concerned. First, people don’t seem interested. Second, it’s simply too much work for my family and me. Finally, I’m slowly being drawn to Las Vegas to work with a young, emergency medicine residency program — and doing some neat EMS things.

Lately, I’ve been thinking of the Helen Keller quote, “Science may have found a cure for most evils, but it has found no remedy for the worst of them all — the apathy of human beings.” I guess, with 55 years behind me, I need a break. I need to travel less and fish more. I’ve cut back on writing. I’m writing more about medical issues rather than those that are purely controversial. Life seems to be taking me away from EMS. I hope it’s a temporary thing. I’m spending more time in clinical practice, resident/medical student education, and research — and enjoying it. I guess I see the yearning of young physicians to master their chosen specialty and find it enticing and refreshing. Perhaps I’m becoming just as apathetic as most in EMS. That’s a shame.

But, fear not! I usually go through these emotions in early spring. Now, however, the bluebonnets and Indian paintbrushes cover the pastures of our ranch, thanks to a lot of rain last winter. They lift one’s spirits. Getting out into the warm Texas sun and doing physical work does a lot for the soul. Perhaps my apathy is only fleeting. I hope so. I wish I could say the same for EMS.