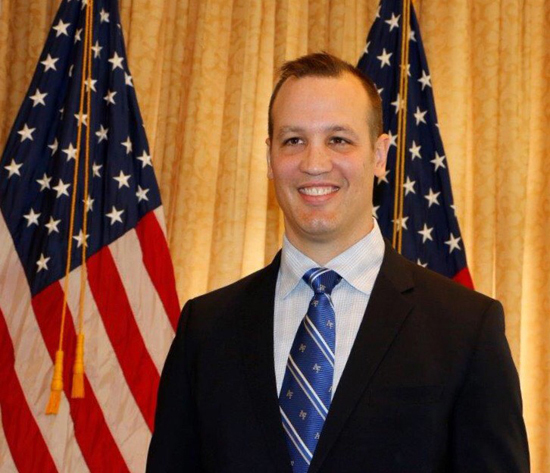 Disaster, whether natural or human-made, can strike at any time. In these moments, when those nearby suffer traumatic, life-threating injuries, fear can freeze us. Without proper care, lives can be lost in mere minutes as a result of inaction.

Joshua Bobko, MD, FAAEM, says this fear stems from not knowing what kind of medical action to take or that intervening may in fact make matters worse for victims during a time of crisis.

Bobko, through his nonprofit First Care Provider (www.firstcareprovider.org), has taken on the task of rectifying this fear by training and empowering citizens to be able to provide critical life-saving techniques in times of crisis, specifically geared toward trauma injury where just a few minutes delay in medical assistance often means the difference between life and death.

Since launching in 2013, First Care Provider has trained hundreds throughout the country.

Bobko has no short supply of crisis training to draw from. After graduating from the Air Force Academy, in Colorado Springs, Colo., in 1995, he spent five years as a line officer in the Air Force prior to medical school. During his residency, he began working with George Washington’s Emergency Health Services office training combat medics and support personnel. There, he became immersed in a unique brand of emergency medicine that would define much of his life’s work. Relocating afterward in 2010 to Loma Linda University Medical Centre, Bobko gained an EMS scholarship with Kathy Clem, MD, who chaired the ED.

“She asked, “˜What are your interests?'” And I told her my interests are the synchronization of medicine with law enforcement, because that’s kind of how the world is working right now,” Bobko said. “And she loved it, she let me run with it, and really empowered me to do what I needed to do.”

In exploring this intersection, Bobko began working with an adjunct professor, who was a special agent with the FBI on creating a training program for medical elements of local law enforcement, SWAT and special operations teams. Although he works primarily as an ED physician, Bobko is also a reserve police officer with the Westminster Police Department, having gone through both the Sheriff’s Academy and SWAT school. All of this, in addition to supporting Orange County SWAT teams and federal agencies, as well as continuing to train law enforcement in life-saving techniques, make Bobko’s time very highly demanded.

“You start doing something and people are like, “˜That’s awesome. Can you help us?’ Then you start helping somebody else, and pretty soon you’re helping everybody,” Bobko said.

Despite his highly specialized background, Bobko has a knack for speaking plainly about complex emergency response strategies and programs, a skill that no doubt aided him in taking his military experience and law enforcement training and reorienting it for the general public. 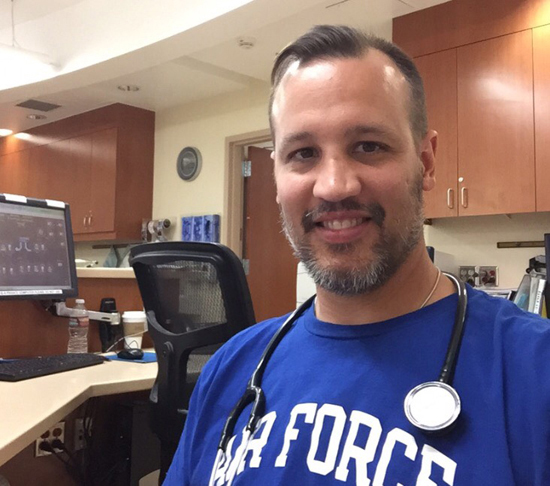 “We’re getting very good at responding to events, but statistics show that the first responders in an active shooter situation are usually there in four minutes,” Bobko said. “So that’s great. I don’t know if we’re gonna get much better than that unless an EMT is there when it starts, but I think we can improve by empowering our communities to have a sense of what they can do in the meantime,” he continued. “Because there are injuries–there are medical conditions–that may only have three or four minutes of consciousness or blood or oxygen circulating. And if you lose that time, you have the potential to lose life.”

Another factor that showed Bobko the critical need for this sort of training was the demand that already existed for it. His research showed that in these types of situations, civilians on the scene already wanted to act in the absence of first responders. They just needed to be showed how.

“What I found in the community is that most office buildings, most schools, churches, city halls, is that in their emergency response plan, they’ll go through whatever their protocol is, and the last line is to call 9-1-1,” Bobko said. “What if 9-1-1 can’t get there fast enough? What if there’s an earthquake and 9-1-1 can’t get there at all? Then the question becomes “˜Whose responsibility is that?'”

“That’s why we wanted to start First Care Provider. We realized case after case we were discussing, there was always someone on the ground who wanted to help,” Bobko continued. “So why not empower these people with some information on how to help and see if we can reduce mortality from these terrible events?”

Although the majority of his training takes place in and around Southern California where he works and resides, Bobko continues to expand the reach and availability of the training sessions, hoping to disperse the First Care Provider knowledge as widely as possible. He does this both by making the training widely available, and by catering the specifics of the training seminars to the group he’s training, although the training is typically done in a single 2.5—3-hour session.

Crafting life-saving protocol and training for civilians is a very different task, however, than training military personnel, Bobko said. Using the prehospital guidelines provided by the Committee for Tactical Emergency Casualty Care, he engineered his approach using the most effective life-saving methods possible that could be dispersed to a wide range of diverse citizens.

“There’s nobody in the military who weighs 300 pounds. There’s nobody in the military who has a pacemaker. It’s a different data set,” Bobko said. “What First Care Provider does is say, “˜Let’s pare this down to a product that can be digested by people without medical training, so they can learn some low-risk, high-reward skills to maybe save a life.'”

There’s an assumption, perhaps based in part on Bobko’s background and career focus, that the First Care Provider training orients itself toward active shooter situations or terrorist threats. On the contrary, Bobko says that while these situations would certainly fit into the fold of what his training prepares people for, his scope aims to be far broader. After all, traumatic injuries often necessitate the same treatment, regardless of their cause.

The other facet to framing this emergency response training more broadly, Bobko said, is to avoid deterring anyone from getting trained in these life-saving measures because of the terrifying thought of putting the training to use in an active shooter situation.

“Generally, we’ll train a natural disaster scenario, because it’s usually more palatable for people. It doesn’t scare them, and they know it’s a reality,” Bobko said. “What we find is when you throw in the chaos of what’s going on, they’ll work through it. It doesn’t matter what the scenario is.”

This method cuts to the core of Bobko’s hopes for the program–the undercurrent running throughout First Care Providers: Empowerment.

“You take away that feeling of victimization, and you give them some tools, so now, instead of thinking, “˜Oh no, what do I do?’, you can act,” he said.

In Bobko’s experience, this often entails simply getting through the idea that emergency medicine doesn’t have to entail complex medical procedures that require great skill and expertise to execute. Oftentimes, Bobko said, the most critical actions we can take entails requiring basic care that we’ve been doing all our lives.

“Even something as simple as removing someone’s wet clothes, wrapping them in a blanket and laying them down in the sun can prevent hypothermia before the paramedics arrive,” said Bobko. “That’s solid medicine right there. That can make a real difference.”

There’s also a pragmatic aspect to Bobko’s training approach. The most common cause of death for those under 50 is traumatic injury. CPR training epitomizes successfully widespread civilian life-saving training, but Bobko said that this method caters more toward the elderly than younger populations. Not that such age demographics make either one more or less valuable, but in Bobko’s purview, finding the training that will do the most good for the greatest number of people is a paramount concern.

“We put a lot of effort into CPR, which sometimes affects young people but usually affects members of older groups, so what’s the return on investment in a community? AEDs are expensive; tourniquets are cheap,” Bobko explained, saying that a key task of First Care Provider is to show communities how to prepare for crises in a practical, affordable way. “So we’ve created a model that shows with a small investment of people and resources, you can have very, very impressive outcomes. And I think that’s going to save lives. That’s our mission.”

Above all else–more than cost-efficiency, more than new training skills–Bobko said empowering communities to help each other in times of need is what truly makes his First Care Provider critically important.