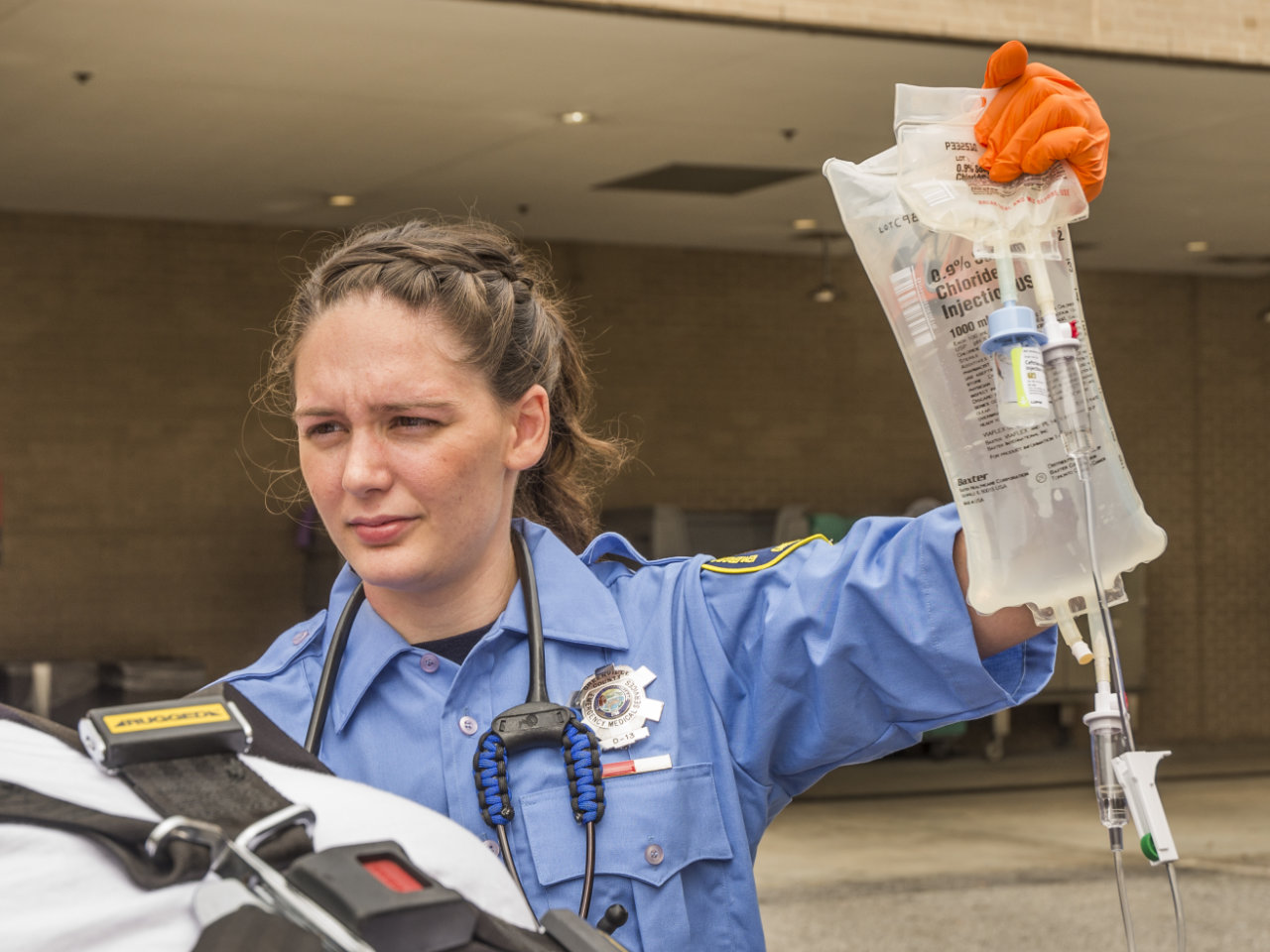 Medication shortages that affect EMS, although declining over the last eight years, have become persistent. The supply of staple drugs that are frequently used by EMS remains chronically unstable. Atropine, epinephrine, lidocaine, dextrose, fentanyl, diazepam and others reappear with frequency on the drug shortage lists around the country. Most recently, the national inventory of IV infusion bags of sodium chloride (i.e., normal saline solution) and dextrose 5%, have been affected.

There are several reasons we experience these shortages. The United States Food and Drug Administration (FDA) has researched the causes of drug shortage in the U.S. According to their research, summarized in this infographic, the majority of shortages (93%) are due to manufacturing issues, such as lack of raw materials, production line quality problems, inadequate physical capacity and unexpected loss of production facilities.

As an example, when Hurricane Maria devastated Puerto Rico, IV solution production was seriously affected as drug manufacturing plants on the island lost power for long periods of time and were otherwise damaged, ceasing production altogether.

In the FDA’s Report on Drug Shortages for Calendar Year 2017, the agency indicated that they were notified of 520 potential drug and biological product shortages, from 86 different manufacturers. However, only a small fraction of actual shortages occurred, but they included important medications used by EMS regularly.

Drug shortages may also increase the rate at which medication administration errors occur. The substitution of drugs in an attempt to provide treatment when regular medications are unavailable, require paramedics to handle unfamiliar substances, packaging and dosages. At least, the perception practitioners had in one survey indicated this was the case. Respondents estimated that error rates rose by 1% to 5% and unsafe patient conditions were the result 60% of the time.2

Medication shortages, and therefore the substitution of drugs, was a causative factor in one assessment of IV administration errors. In a five-year review of over 73,000 IV-related administration errors, 3% to 5% resulted in harm to the patient, and “product shortage” was one of the three leading “themes” identified as responsible.3

Here are some ways EMS agencies are dealing with the chronic shortage of needed medications:

Some EMS agencies have engaged with compounding pharmacies to make some medications that are unavailable through normal supply chains. Unfortunately, this is extremely costly and produces limited supplies. In addition, the agency must assure they’re dealing with a reputable and appropriately certified pharmacy. Although this approach may help in a serious shortage, it’s of limited value for the long term and is financially unsustainable.

Some EMS medical directors have approved use of certain medications past their expiration dates, and recently ,at least one manufacturer, Baxter, announced the extension of expiration dates on some of its IV solutions by as much as six months.

A 2012 study discovered that 86% of 14 various medications found in an old retail pharmacy retained at least 90% of their potency 28—40 years after their expiration dates. This agreed with the results of another, ongoing study conducted by the FDA for the U.S. military.  The Department of Defense and FDA’s Shelf Life Extension Program (SLEP), established over 25 years ago, determined in 2009 that 88% of 122 various drugs, which were stored in their original, unopened containers, under controlled environments, retained potency for at least one year past their expiration dates. The average extension time for all drugs tested was six and a half years. 4

Most systems have identified substitute medications and use them when their primary choices are unavailable. Systems have also modified their treatment protocols to avoid use of some chronically short-supplied drugs. This requires re-education of staff and mechanisms to assure knowledge retention by practitioners of alternate treatment modalities and medications, to avoid administration errors.

Lastly, EMS operations around the country need to plan for reserving certain medications for more critically ill patients, even rationing drugs, if we reach depleted supply levels. Although this is clearly the least appealing alternative, we should always have a plan for a final contingency in the event of catastrophically depleted inventory levels.