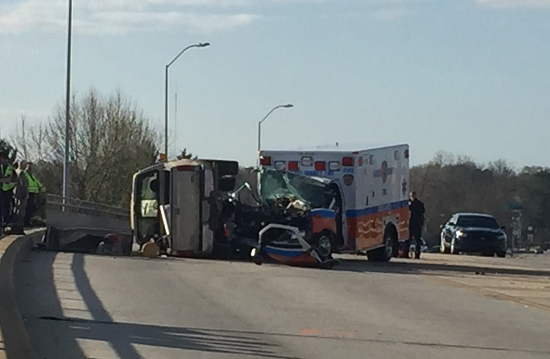 FLORENCE, SC (WMBF) – Florence Officials confirm an ambulance and pick-up truck were involved in a crash Wednesday morning on Church Street at 5:02 a.m. Three people were sent to the hospital for treatment. The driver of the pick-up truck, an employee for a Pamplico-based lumber company who was driving a company vehicle, was charged with DUI and driving on a suspended license, officials confirmed.

Public Information Officer Billy C. Hatchell said crews were responding to an emergency call when the crash took place. Florence County EMS ambulances transported a total of three people from the scene to an area hospital, including the two medics.

The two paramedics involved in the crash were identified by the Florence County EMS as: Paramedic Crew Chief, Sgt. Tessie Odom Smith, 47, from Pamplico, and EMT Crew Member, Pvt. Joshua Craig, 29, from Florence. Smith is a 15-year veteran with the Florence County EMS, and Craig had been working there for six months.