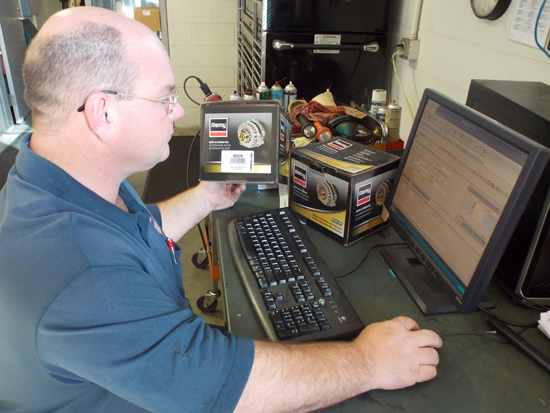 One could say that solar power has enjoyed its day in the sun in recent years. In the last five years alone, the solar industry more than doubled, surpassing the size of the oil and gas industry workforce and becoming triple the size of the coal industry. Solar energy now powers our homes, our cars, and even our toothbrushes.

Fellows is the fleet manager of the Richmond Ambulance Authority (RAA), a not-for-profit convoy of 40 ambulances serving Virginia’s most populated municipality. He’s responsible for the design, operation and the bottom line of these vehicles. Fellows says his role is embedded in finding inefficiencies and smarter ways to keep ambulances operating as cost-effectively as possible.

Like many innovations, the solar panels resulted from a complex problem Fellows and the RAA had to work around. An RAA resource vehicle needed a reliable energy source, but because of its size, it couldn’t access the large shoreline power plug at the back of the RAA headquarters. To find a less costly alternative than reconfiguring the ambulance to adapt to the shoreline plug-in, Fellows said his team decided to explore more creative solutions.

“We needed to find a big fix for that problem, and looking around, we decided to try solar,” Fellows said. “The battery charges up to be able to start the vehicle every morning, and it was quite effective.”

This got the wheels in Fellows’ head spinning, and he decided to try the solar panels on a more standard ambulance. This was new territory for the RAA, however, so some unique considerations had to be taken into account.

“The first consideration is the way to mount it. [The solar panels] have to be securely mounted to the roofs, because they’re an after-market appliance,” Fellows said. “The second was that we routed them directly to the vehicle’s battery.” 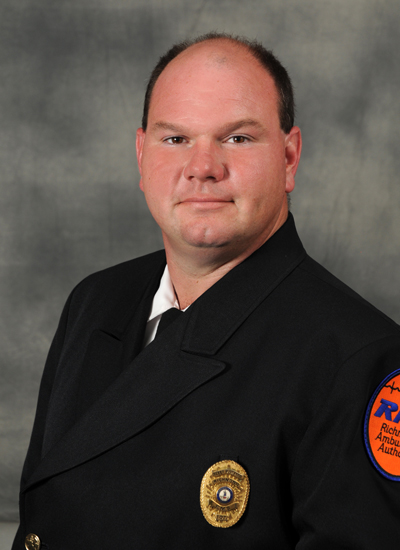 Fellows said the second aspect of their solar installation was significant, because it created a way for the solar energy to power the ambulance’s entire electrical systems, rather than more compartmentalized portions of it as others have experimented with in the past.

“Others in the industry had dabbled with solar, but to charge individual component batteries, not the entire vehicle,” Fellows explained.

Anyone familiar with emergency vehicles won’t be surprised that powering an ambulance isn’t like powering a Smart Car or a sedan. Much more sophisticated and demanding electrical systems, on which lives literally depend, must remain powered anytime the ambulance is operating.

Weaving all these components together for a sensible design can be a careful juggling act. Fellows says he weighs several competing factors when considering design changes.

“We have to consider structure, we have to consider provider safety,” he said. “We need to consider longevity, because they’re expensive and we want to be able to maintain them easily and keep them around for a long time. They’re not so much a buy-them-off-a-dealership-lot vehicle.”

The panels don’t generate enough energy to completely power the large type 3 box trucks, but Fellows says they do generate enough electricity to neutralize the energy requirements of the onboard electronics.

“They offset the current draw from the electronics on the trucks and provide us about four amps to triple charge to the batteries above what the electronics are pulling,” Fellows said.

Typically, when an ambulance parks between calls, it remains running and switches to high idle, so the engine ramps up enough to continue powering the heating and cooling in addition to all the electronics inside the cabin.

For the last two years, the RAA has even been testing a type 3 box truck that takes the technology even further, generating enough electricity to completely power the internal electronics in addition to the heating and cooling systems while parked between calls. This means the engine can be completely shut off, which results in lower overall fuel emissions.

Although there are no immediate plans for mass implementation with this more robust solar energy system, Fellows says he’ll continue looking at its efficacy for implementation throughout the fleet.

“I’m always interested in implementing new things throughout the fleet, but we have to look at manufacturers of the system components and implementation costs,” he said.

The current solar panels not only extend the life of the ambulance batteries, cutting down on cost, they also absorb the sun’s rays, which serves as a barrier from the rest of the vehicle, so the ambulance doesn’t absorb as much heat.

“That reduces my A/C costs in the summer,” Fellows said.

Thirty of 40 ambulances in the RAA fleet, all type 3 box trucks, are now in the field with the solar panels installed. Fellows chose the box trucks for solar panel installation both because of their design and their energy requirements.

“The box trucks themselves have much more electronics on board,” Fellows said. “They also have a much larger area of real estate on the roof.”

Implementing renewable energy fleet-wide is a new venture for Fellows, but designing ambulances is a very practiced skill for him. He’s been with the RAA for nearly 20 years, and he’s been working with ambulance design ever since attending Nashville Auto-Diesel college.

“The first job I received out of college was with a Ford dealer, and when I started they needed someone who wanted to work on ambulances, so that’s where I began,” Fellows recalls. “Very shortly after, RAA had an opening.”

Fellows is proud of the lessened environmental impact the Richmond fleet now has.

“Environmental impact along with cost operations–those for me went hand in hand,” Fellows said. “If I can reduce our cost and find a way to assist the environment in the same way, then it’s a win in both directions.”

Still, Fellows has today’s energy sector on his side. Solar panels continue to grow more efficient each year, and U.S. public opinion is squarely behind supporting its expansion. Pew Charitable Trusts found nine out of 10 Americans support expanded solar use throughout the nation. However, Fellows said the RAA didn’t find any of the grants or other financial incentives that draw many homes and businesses to install solar panels on their rooftops.

“It was slightly difficult to find funding for vehicles because it was a unique application,” he said “There’s much more out there for homes.”

Fellows has a reputation in Richmond not only for finding ways to innovate in cost-effective, pragmatic ways, but also for backing these innovations up with data-driven research. Fellows says that in deciding whether or not to implement the solar-charged ambulances, he tested an ambulance for nearly an entire year to collect data on its efficiency.

“We looked at how it maintains the batteries, the voltage drop on the batteries both night and day,” Fellows said. “We even found that when the truck was parked near a light pole, the panels could provide a small charge, even at night.”

The RAA distinguishes itself from other EMS agencies in its willingness to test and consider implementing new ideas, but Fellows says he should by no means receive all the credit for its achievements. He says innovation and experimentation are part of the system at RAA.

“I’m blessed with supervisors here and senior staff who believe in justifying the need of projects,” Fellows said of their willingness to explore new ideas and methods.

And whether it be solar power or another fuel source altogether, Fellows hasn’t stopped thinking about new ways to make ambulances go.

“One of the newest in the market now is natural gas, and I’ve been looking at numbers and data for natural gas from other people who’ve moved them in that direction,” said Fellows.

Progress and innovation, Fellows shows, can be fueled in a number of different ways in EMS, so long as its leaders continue to think outside the box.