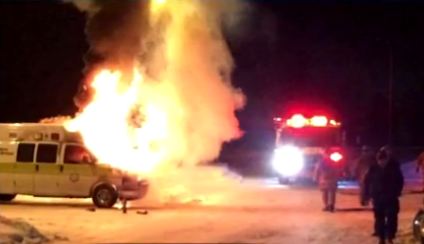 BUFFALO, N.Y. (WIVB) — A Rural Metro ambulance started on fire Tuesday around 4 a.m. as workers started up their vehicles at their headquarters on William Gaiter Parkway. Rural Metro workers tried unsuccessfully to put out the flames with fire extinguishers and Buffalo firefighters were called in. No one was injured in the blaze. The fire caused major damage to the engine.