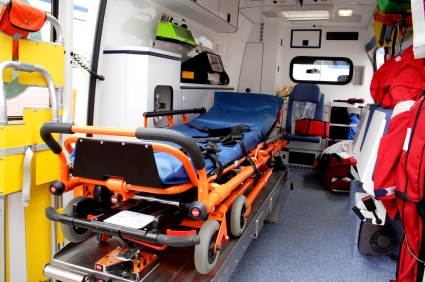 Almost four decades ago, the Committee on Trauma (COT) of the American College of Surgeons (ACS) developed a list of standardized equipment for ambulances. Since 1988, the American College of Emergency Physicians (ACEP) has published a similar list. Both of those organizations collaborated on the existing joint document, published in 2000. With this revision, the National Association of EMS Physicians (NAEMSP) has agreed to participate in this collaboration.

All three organizations adhere to the principle that emergency medical technicians (EMTs) at all levels must have the appropriate equipment and supplies to optimize prehospital delivery of care. Since EMTs care for patients of all ages, with a wide variety of medical and traumatic conditions, the ACS COT, ACEP and NAEMSP have joined to produce this document to serve as a widely accepted standard in the field of emergency ambulance service, both in the United States and Canada.

Based on the need for increased domestic preparedness, this current revision addresses for the first time those resources needed on ambulances for appropriate terrorism preparedness.

This paper is very important because it sets a national standard of care for what equipment should be available on the ambulance. While many of you will say that this is the responsibility of the state, I would argue that it is vital that we consider the role of national standards of care in everything we do. Somewhere, someone is going to allege that, despite the fact that your service was in compliance with your state standard, had you been compliant to the national standard the patient would have had access to life-saving equipment.

Regardless, position papers like this guide states in developing required equipment list. It is worth a read. There is a pervasive emphasis on pediatric equipment. This is most noted in the area of immobilization, where pediatric-sized traction splints are listed. Interestingly, PASG are listed as optional, despite the American College of Pediatrics position that they be required on ambulances.

Another important note is the emphasis placed on latex-free equipment. If you have not gone latex-free yet, you should. And finally, this position paper states that every ambulance should carry PPE and CBRNE equipment, including auto-injectors for the treatment of chemical exposures. This reflects our growing appreciation for domestic preparedness.