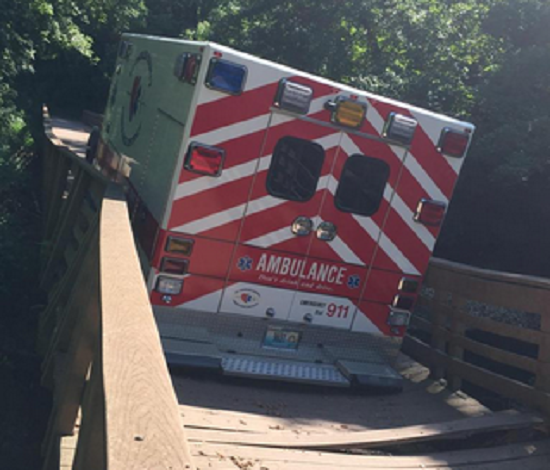 WELDON SPRING, MO (KTVI) — An ambulance was responding to a call near the Katy Trail late Thursday afternoon when the pedestrian bridge it was traveling on collapsed.

According to the Central County Fire and Rescue, the collapse happened around 3 p.m. near Highway 94 and Interstate 64, but was not on the highway itself.

An individual on the trail had become overheated and an ambulance was dispatched to the area to check on the person. The ambulance attempted to cross a stream via a pedestrian bridge, which collapsed under the weight.