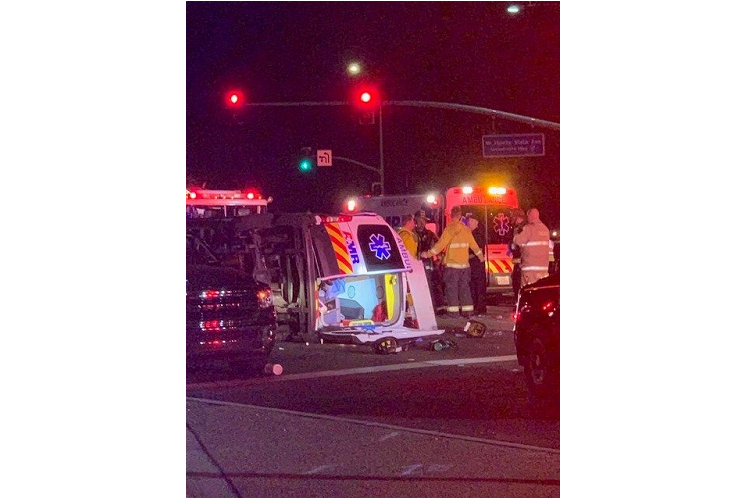 TURLOCK (CBS13) – An ambulance transporting a patient to a Modesto hospital was struck by another vehicle Thursday evening in Turlock, injuring firefighters and medics.

Police said the crash happened around 9:30 p.m. in the area of N. Golden State and W. Monte Vista. The area is closed indefinitely.