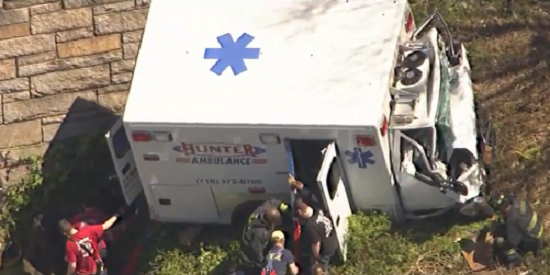 WEST HEMPSTEAD, Long Island (WABC) – The driver of an ambulance and a patient who had just received a heart and kidney transplant died in a crash on a Long Island highway in Nassau County Wednesday..

The crash happened at about noon on the Southern State Parkway at exit 17 in West Hempstead.

The New York State Police said the ambulance struck the Eagle Avenue overpass on the south shoulder, trapping the driver inside.