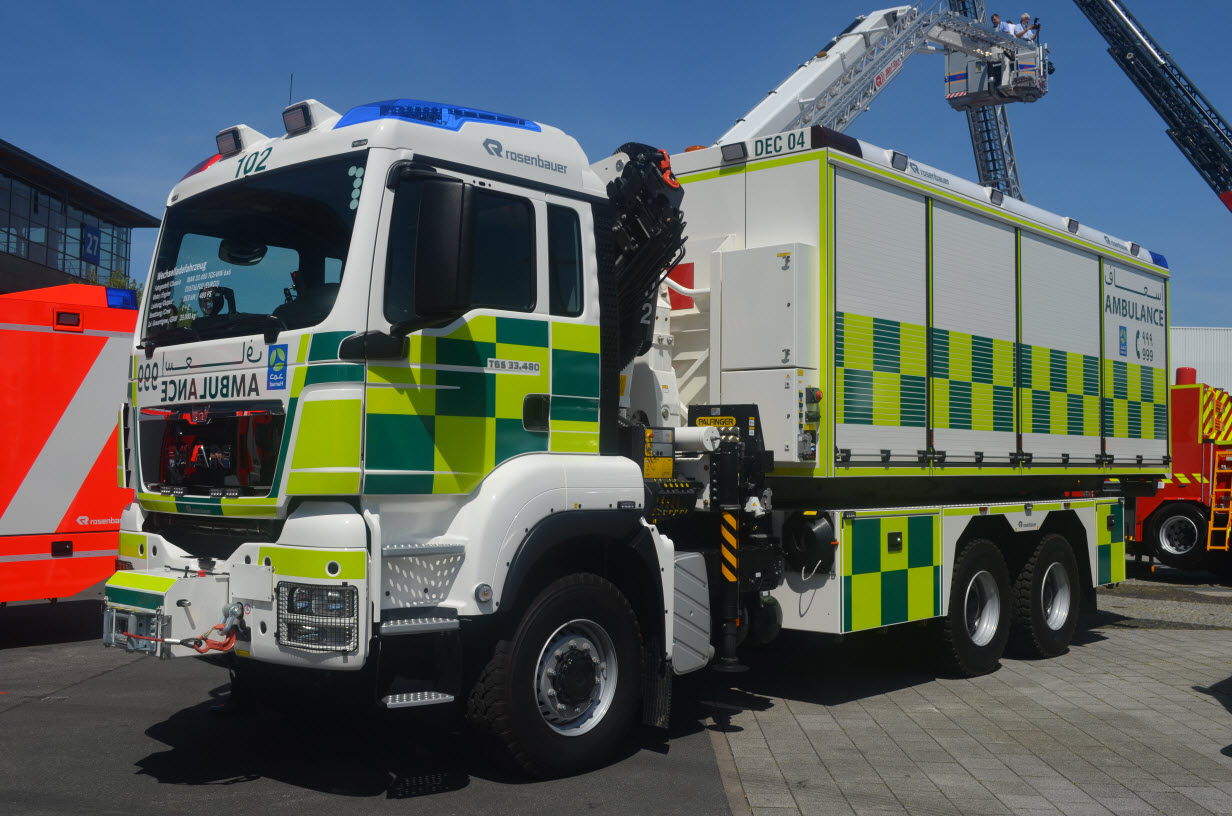 The ambulance services in Germany are well developed and well equipped. It’s no wonder, then, that various MCI response vehicles were on display at Interschutz 2015 in Hanover, Germany–the world’s largest fire, rescue and EMS exposition.

This report will focus on a specific style of truck popular in Europe, the “POD” (Platform On Demand) system. It’s very common to see fire departments in Germany have trucks with either a hydraulic hook lift or a winch cable system to load or unload a container from the truck. The concept, which has not been popular in the United States, is simple. Have one or just a few “prime movers” (trucks to transport the PODs), but a wide variety of PODs for a wide variety of missions. This allows an agency to have specialized equipment pre-packaged for rapid response without having the expense of buying and maintaining individual vehicles.

The majority of these PODs are equipped with things such as hazmat equipment, spill containment supplies, bulk foam and foam delivery appliances, and support equipment. Not as common are PODs configured to respond to MCIs. However, at the Interschutz there were two MCI PODs, and a third is in service at Hannover International Airport.

Common features of MCI trucks and PODs include large inflatable tents used to set up the field hospital, as well as support equipment for personnel working on the scene. A notable aspect is that very few carry a large number of backboards as these are not commonly used at MCIs. In many cases, patients are moved on military-style litters instead. Also, in many such vehicles the disposable medical equipment is carried in metal rather than plastic containers or soft-side bags.

One of the more unique POD vehicles on display was made by Rosenbauer for the nation of Qatar. A unique aspect of this truck is obviously its color scheme and the large lettering on the vehicle that reads “AMBULANCE.” These vehicles will be operated by the local medical services provider who ordered ten truck chassis and 15 containers (five for medical equipment, five for mass decontamination, and five for logistics equipment). Qatar will be hosting the 2022 World Cup. Since the games will attract hundreds of thousands of international visitors, the country is preparing for possibility of a mass casualty at one of the venues. 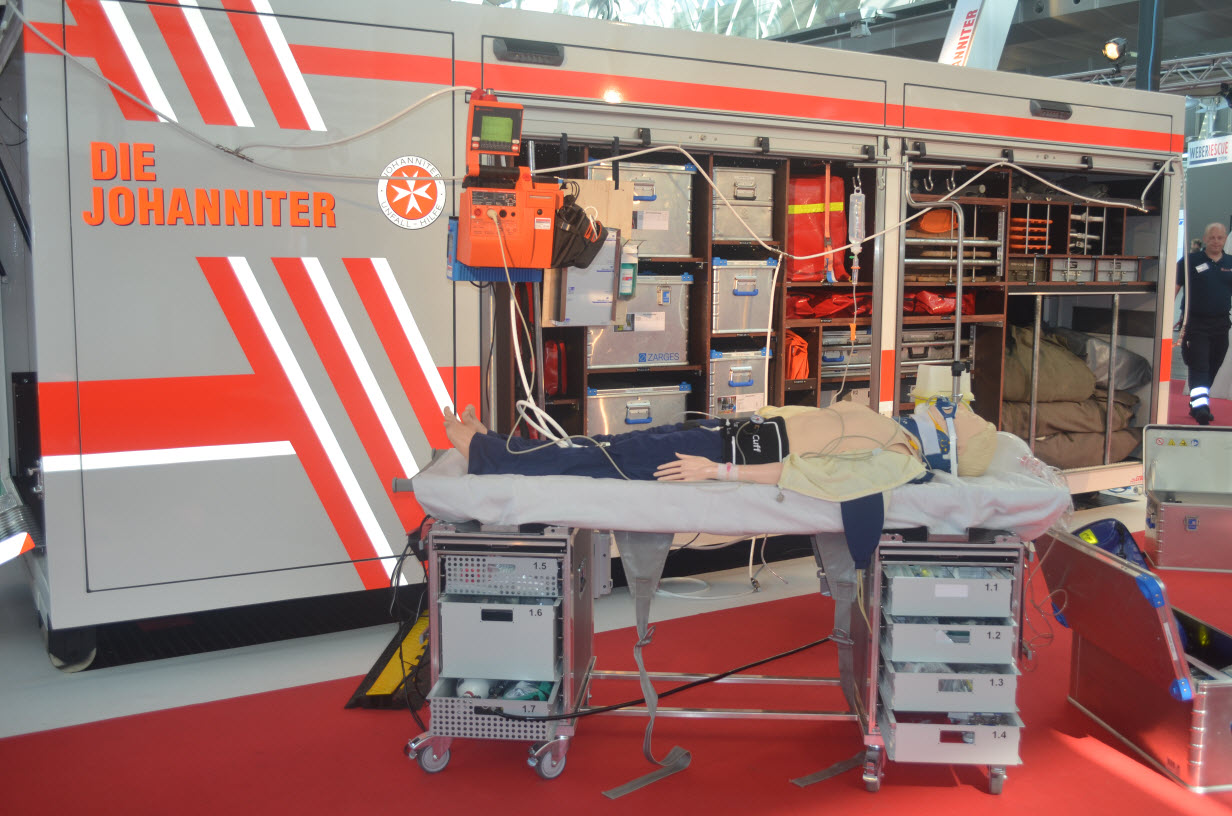 A second POD on display is owned by Die Johanniter, one of the ambulance services in Germany. Some JEMS readers may remember that in a similar report five years ago, we showed one of their MCI trucks. Die Johaniter has one MCI POD in Germany. A unique feature of this POD is its ability to deliver advanced life support care. ALS supplies are stored in drawers in rolling carts. These carts serve as the base to hold a litter, and when all the components are combined, they form a treatment table for managing Red patients. ECG monitors are stored in the back section of the POD on rails mounted to the wall. The POD is configured with enough equipment and supplies to process an estimated 25 patients per hour — six red, and a combination of 19 yellow and green.

The final POD featured in today’s report was not at the Interschutz itself, but was demonstrated to some of us when visiting the Hannover Airport fire department. This POD is one of many at the airport fire station, but is readily recognizable by the blue ECG wave on the side. It’s stocked with equipment to support the MCI operations at an airplane crash.

Our next report will feature some additional MCI response and support vehicles.

Assistant Chief Daniel Mack and Firefighter/Paramedic William Doss are with Miami Township Fire & EMS in Cincinnati, Ohio and have a special interest in MCI management and disaster response.