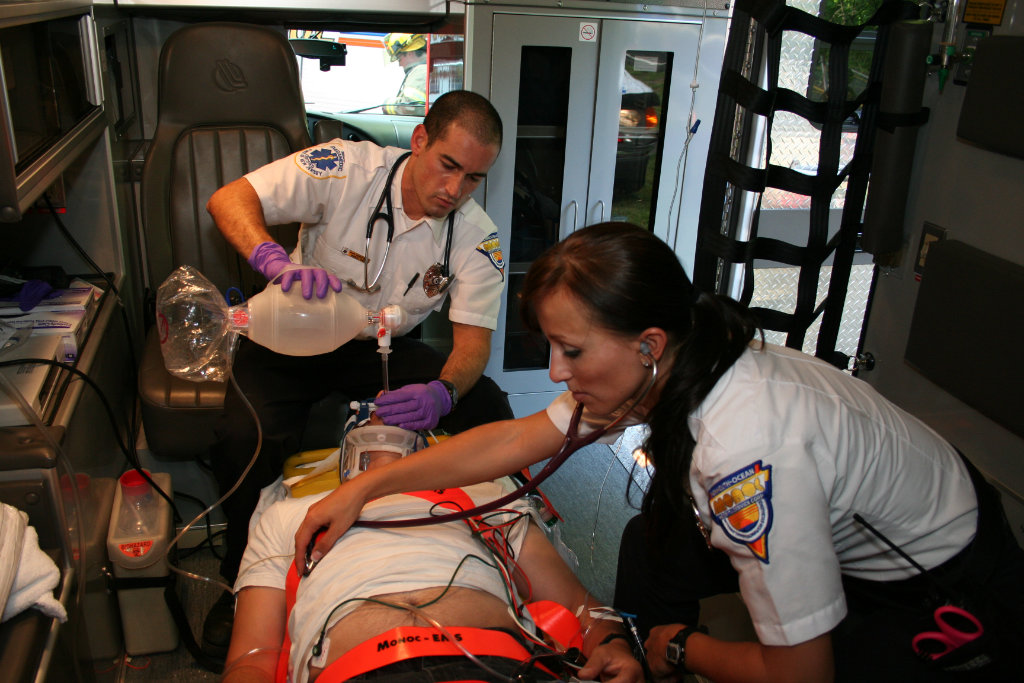 The appropriate complement of ambulance crews has long been debated in the United States. From the very beginning of modern day EMS, circa 1966, we’ve failed to agree on the most efficacious number of crew members who should staff an ambulance, as well as their appropriate combined scope of practice.1,2

Numerous models exist around the country, differing in both the number of practitioners that compose a crew, and the levels of training each possesses.3 Levels of EMS practitioners have been well-defined through state regulations and national standards. Published reports have concluded the essential nature of EMS, the improved patient outcomes which result from such services and their positive economic impact upon our society. However, there’s no consensus on the best complement of practitioners necessary for EMS systems to function at an optimal level.4—8

Although most agree that basic life Support (BLS) and advanced life support (ALS) services should be available to every community and every patient, this isn’t necessarily the case nationwide.3

Neither is the organizational structure, design of the delivery systems for these two EMS tiers, or how they interact with each other.9

Some communities utilize all ALS ambulances in a single-tier system, sending these units to all requests for EMS. Others use separate response ALS units (with partial, or all ALS crews, which may or may not be vehicles with the ability to transport patients) and BLS ambulances, dispatched together and converging on the scene to treat a subpopulation of all EMS patients considered as the most seriously ill or injured.

In these systems, BLS ambulances are sent without ALS units on cases considered less serious or non-life-threatening. Even other systems use first response, non-transport units staffed with ALS practitioners and separate ambulances with ALS, or partial ALS, crews.2—4

One standard that does appear ubiquitous, is that it’s assumed a minimum of two crew members are necessary to staff the EMS unit that transports a patient to definitive care. This is the case regardless of the level of EMS provided or the individual crew members’ individual scopes of practice; it’s based on the simple logic that during transport to a hospital, one member would need to operate the vehicle, while the other needs to attend the patient providing ongoing care.2 Little has been written regarding the need for more than one provider to attend to serious or critical cases in the patient compartment.

It appears this will remain the case for the foreseeable future, at least until technology permits autonomously functioning ambulances to be operated without a human driver. However, the optimal training or certification level, and the scope of practice, for each of these two crew members has remained debatable.

However, when we focus more specifically on the crew configuration for ALS services operating in a multitiered EMS system, it’s not axiomatic that the crew needs to be staffed by more than one person. And, when the ALS unit also transports the patient, so that at least two crew members are needed, it’s not self-evident that all personnel need to be ALS practitioners.

When determining the most appropriate complement of ALS crews, serious consideration should be given to five key factors that may significantly influence patient outcomes and system viability:

Taking these considerations into account, this article examines the fundamental question: Is an ALS ambulance crew complement of two practitioners, one certified/licensed to the level of emergency medical technician—basic (BLS Provider) and the other to paramedic (ALS provider), adequate to result in acceptable patient outcomes? Further, is this model equal to, worse than or superior to a crew complement of two paramedics?

A search on best models of ambulance crew configurations yields little in terms of original research trials. Most likely this is because of the difficulty in studying patients who received two ALS providers vs. one ALS provider during the same acute medical condition.

Several publications exist outside of the U.S., with vastly different EMS systems, which makes comparisons of various numbers of ALS providers extremely challenging.

In 1999, the Canadian OPALS study demonstrated no benefit of ALS over BLS for cardiac arrest.10 However, that was based on a BLS system with early defibrillation and significant bystander CPR.

Similarly, in a 2003 USA Today survey of 50 major cities, the lowest number of paramedics per capita had the highest cardiac arrest survival rates.11

Additionally, worse outcomes are associated with trauma provided by ALS, which is most likely due to additional procedures performed by ALS and increased scene times. One study found that provider skills for intubation is based on frequency of the skill performed and its association with cardiac arrest survival.12,13 Based on increased utilization and success of CPAP as well as the deprioritization of intubation during cardiac arrest, the overall utilization of intubation is decreasing, yet the need for paramedic expertise in intubation remains the same.

A study conducted with the Mississippi Department of Health evaluated the volume-outcome relationship of paramedics.14 This 14-year study estimated the relationship between experience accumulation and performance of paramedics who responded to approximately 175,000 general trauma calls. A greater volume of paramedic experience was significantly related to reduced total prehospital time and time on scene. The authors concluded that retention of skills is accomplished by increased volume.

A 2010 study of 10,298 out-of-hospital cardiac arrests evaluated whether more paramedics (three or more vs. two paramedics) resulted in improved outcomes. No difference was found in survival to discharge, and return of spontaneous circulation wasn’t associated with a greater number of paramedics.15

An unpublished thesis paper in 2006, a three-year retrospective review of the Wake County EMS System, compared a two paramedic crew vs. a one paramedic crew. During the years studies, half of Wake County had one paramedic per crew and half of their system had two ALS providers per crew. Inclusion criteria were cardiac arrests, respiratory emergencies, cardiac emergencies and traumas that required emergent transport utilizing lights and sirens. No statistically significant difference was found regarding scene times, intubation success and first-pass success. Not surprisingly, the two paramedic crews had a high rate of statistically significant IV success (0.89 vs. 0.87; p=0.04), but not first attempt success.17

A review of state statutes and regulations show the majority of states require only a single paramedic on the crew that will staff an ALS ambulance. Two states, New Jersey21 and Delaware,22 mandate two paramedics staff an ALS unit, but don’t require the ALS unit be capable of transporting patients.21,22

Among the states requiring only a single paramedic ALS unit, regulations for non-paramedic crew members vary. For example, South Dakota and West Virginia regulations allow an ALS ambulance to operate with a paramedic and a driver meeting requirements established by the Department of Health.26,27 Oklahoma regulations are similar, specifying the driver must be certified as an emergency medical responder.28

Other states and territories, such as Oregon, Virginia and Washington D.C., specify that an ALS ambulance must have a paramedic and another crew member certified at or above the EMT-basic level.29—31

Arizona varies the requirement for the crew member depending on whether the ambulance crew services a rural or wilderness area and also considers recent census data.32

A review by the New Jersey state legislature’s Office of Legislative Services in 2013, determined the following:

Local governments and agencies typically have latitude to impose staffing requirements that exceed the state requirements and may staff ambulances with two or more paramedics.

A basic analysis of the financial impact on an EMS system can be done concerning the complement of ALS crews. Based on several fundamental assumptions, annual expense calculations can be performed to determine the operating costs of the crew complement configurations considered in this article.

The following assumptions are based on general industry knowledge about operating expenses and common elements present in most organizations. Some variance exists, depending on the organizational design, corporate structure and deployment models that are employed throughout the country.

One of the most widely variable costs are those associated with benefits provided to staff by the employer. These include health plan benefits, paid time off, uniform allowances, tuition reimbursement, retirement plans, payroll taxes and others.33,34 However, a general assumption can be used based on average experience reported by the U.S. Department of Labor.34

For the purpose of this analysis, operating and capital costs, other than personnel expenses, weren’t included, since crew complement does not necessarily affect them.

The assumptions used for this analysis included the following:

This brief analysis shows that an ALS crew complement of one ALS practitioner with one BLS provider is 10% less expensive annually than a two ALS crew member team. In addition, a single ALS practitioner crew is 44% less expensive than a two-member crew composed of one ALS provider and one BLS member. In a system of 10 ALS units with two paramedic providersm this equates to a savings of approximately $750,000 per year to the healthcare system.

Understanding ideal crew configuration is vital to maintain EMS systems. There’s a lack of evidence demonstrating the need for a second ALS provider on a general ALS response. Implications of overstaffing may result in more patient care errors and draining of financial resources which could be spent on additional state-of-the-art medical equipment or number of units resulting in better system performance and patient care.