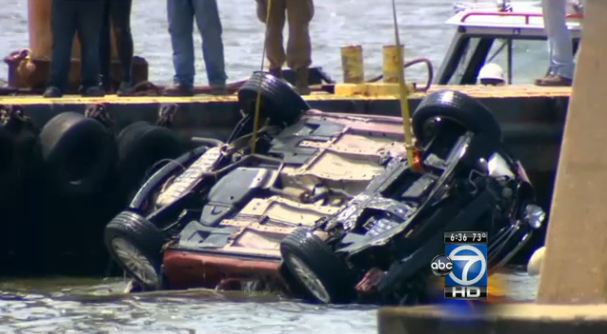 ANNAPOLIS, Md. (AP) – A Maryland woman has been released from the hospital after a collision on the Chesapeake Bay Bridge that sent her and her car into the water.

The collision occurred Friday night in the eastbound lanes of the bridge, which connects Maryland’s Eastern Shore with the rest of the state.

Authorities say the crash involving a tractor-trailer and two cars sent the 22-year-old Lake and her vehicle over the side of the bridge and down 40 feet into the water. She was able to climb to safety and suffered non-life-threatening injuries.

The drivers of the tractor-trailer and another vehicle were not injured.

The bridge was temporarily shut down.