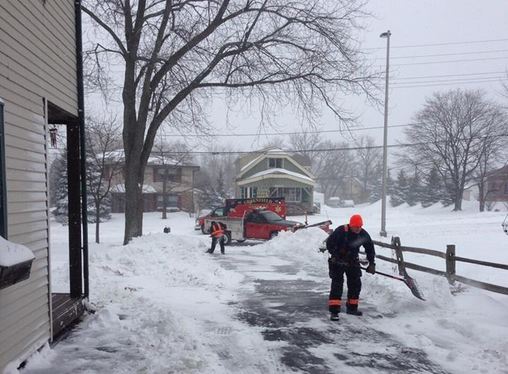 GREENFIELD (WKOW) – Firefighters in eastern Wisconsin are getting national attention after going above and beyond the call of duty. A picture of several Greenfield fire fighters shoveling a man’s driveway has gone viral. They were called to his house Sunday because he had a cardiac emergency while clearing the snow. After crews brought him to the hospital, they came back to finish shoveling his driveway. The man’s daughter said the whole family is overwhelmed by their generosity.