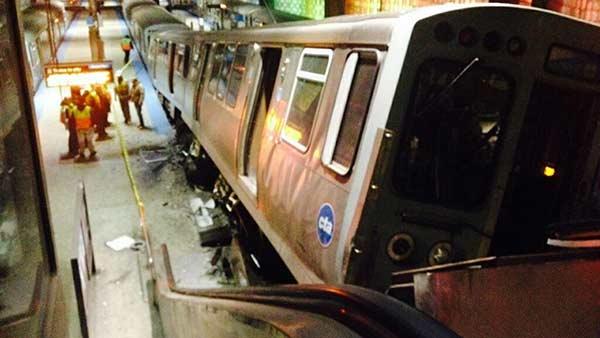 CHICAGO (WLS) – Police say 32 people were injured when a CTA Blue Line train derailed at the O’Hare station early Monday. The eight-car train derailed at the station about 2:50 a.m. CTA spokesman Brian Steele said the front two cars suffered the most damage. At least ten ambulances were called to the scene. Of the injuries, four were serious, 28 were in good condition, and none appeared to be life threatening.