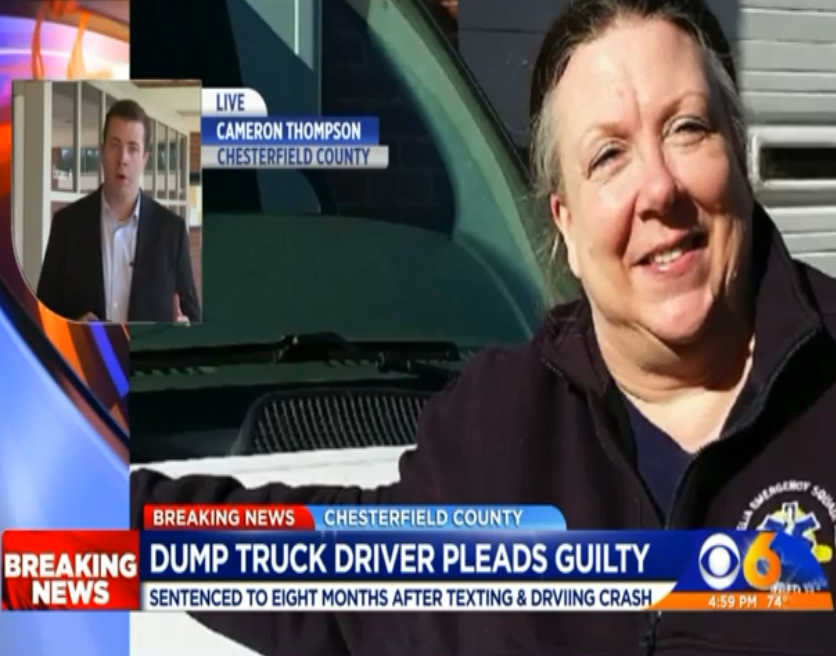 Samuel Allebaugh II, 58, will face up to nine years in prison as part of a plea bargain. Eight months of that sentence will be suspended for time served.

Giles’ family was in court for the plea deal and called the crash “senseless and preventable.”

“She was always there for me. It didn’t matter what she had going on,” one family member told the station. “If I called her, she would drop everything to help me or do whatever she can for me. I know she loved me and my husband and our kids.”

Watch the report below.

0
James Bates of Mantua, Ohio was driving for work on Sept. 12, when he began experiencing chest pains. They went on for about an hour before he pulled over in a parking lot and called 911.