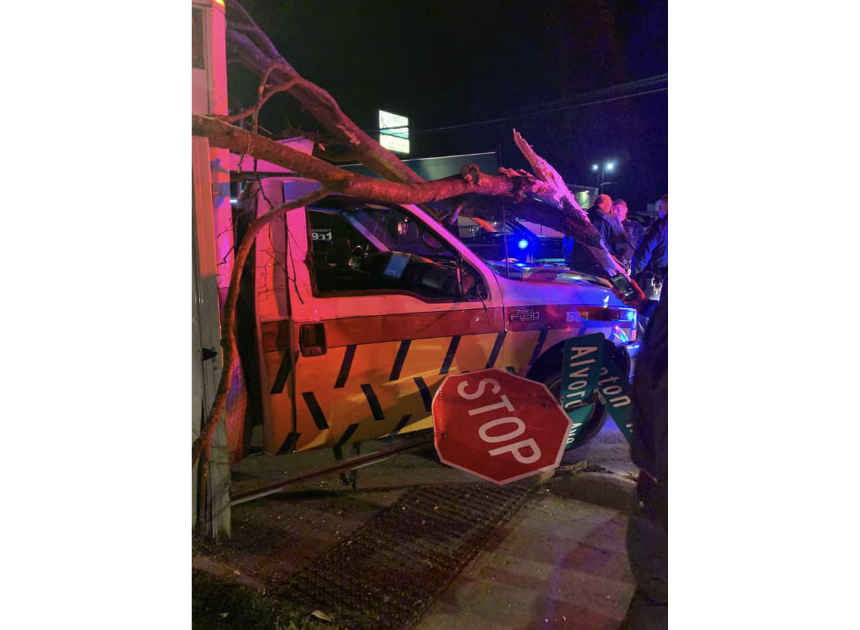 A STAT EMS ambulance, above, was stolen early Tuesday morning. The suspect is under arrest after being chased by police. (STAT EMS Facebook photo)

FLINT, Mich. — A suspect is under arrest after being accused of stealing a STAT EMS ambulance and leading police on a chase that ended in a crash.

It happened Tuesday morning just after midnight, STAT EMS said in a Facebook post. Ambulance staff parked the ambulance at McLaren Hospital after dropping a patient off.

The crew left the hospital and noticed the rig was missing. The company said police were able to locate the stolen ambulance and gave chase before the ambulance crashed.

A suspect was taken into custody and taken to the hospital for evaluation.

The ambulance crew were not hurt.

0
An ambulance transporting a shooting victim crashed into another ambulance that had responded to the scene, according to a report.