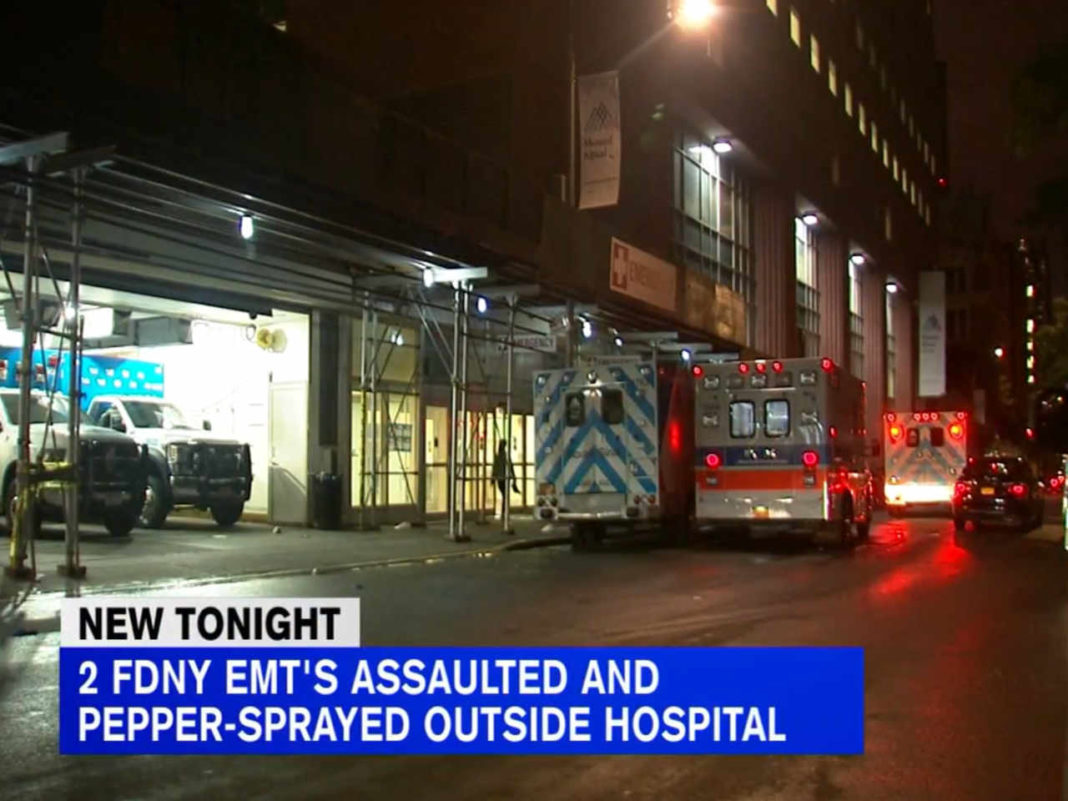 NEW YORK — Two FDNY EMTs were beaten and pepper sprayed after refusing to drive two patients to another hospital, according to reports.

The suspects, 27-year-old Andre Langston and 24-year-old Avanti Rhodes, both of the Bronx, were first taken to the hospital but got into a fight with the head nurse, the newspaper reported.

The two ran back to the ambulance and demanded the crew taken them to another hospital. The EMTs refused, and one of the first responders was punched in the face. The other partner tried to step in and that’s when Langston hit the two EMTs with pepper spray in the eyes, according to the report.

The suspects were arrested on felony assault charges afterward.