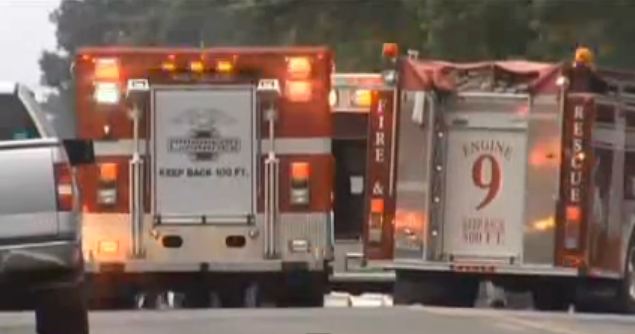 Posted to YouTube by MrThenewsvideo – An ambulance with its lights and sirens on collided Thursday with a semitrailer on a Georgia highway, killing the two medics and the patient on board, authorities said.
The Georgia State Patrol said in a news release that the wreck happened around 5 a.m. Thursday on state Highway 32, near the small town of Ocilla in south Georgia.
Authorities said the Coffee County ambulance was heading east with its lights and siren activated when the westbound semi jack-knifed across the centerline and into the path of the ambulance. The ambulance struck the left side of the semi.
The State Patrol says the patient was Charles Arvin Smith, 65, of Tifton. The emergency medical technicians were identified as Teresa Ann Davis, 44, of Axson, who was driving the ambulance; and Randall Whiddon, 56, of Ashburn, who was riding in the front passenger seat.
Thunderstorms were occurring over parts of Georgia early Thursday morning, though it was not immediately clear if weather was a factor in the crash.
The State Patrol identified the semi driver as Rockwell Lott of Tifton. It wasn’t immediately known if he was hurt.
The crash scene is about 180 miles south of Atlanta.