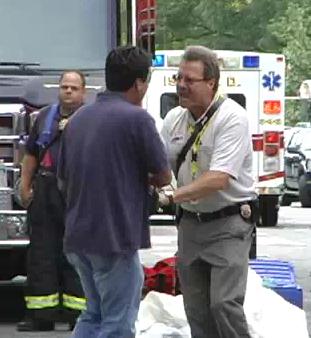 A WNBC Cameraman was attacked by a Suffolk County EMS officer at a haz-mat scene in Bohemia, New York. The cameraman was filming the aftermath of a chemical spill inside a commercial building that unleashed fumes. The accidental mixing of chemicals sickened 54 workers at a cellphone refurbishing plant in Bohemia.