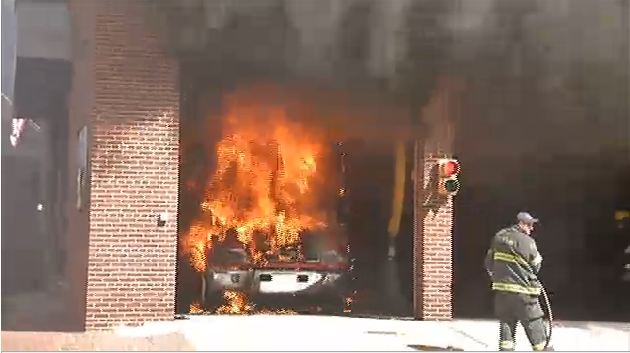 PHILADELPHIA (MyFoxPhilly) – A blaze broke out inside a Philadelphia firehouse Friday morning and damaged emergency responders’ apparatus in Old City.

The fire broke out at the Philadelphia Fire Dept.’s facility at Fourth and Arch streets, which houses Engine 8 and Ladder 2, around 11:45 a.m.

A FOX 29 News camera on the ground captured the initial response of firefighters, and even a blast aboard an ambulance in one of the bays.

Third and Fourth streets are blocked to traffic from Arch to Race streets.