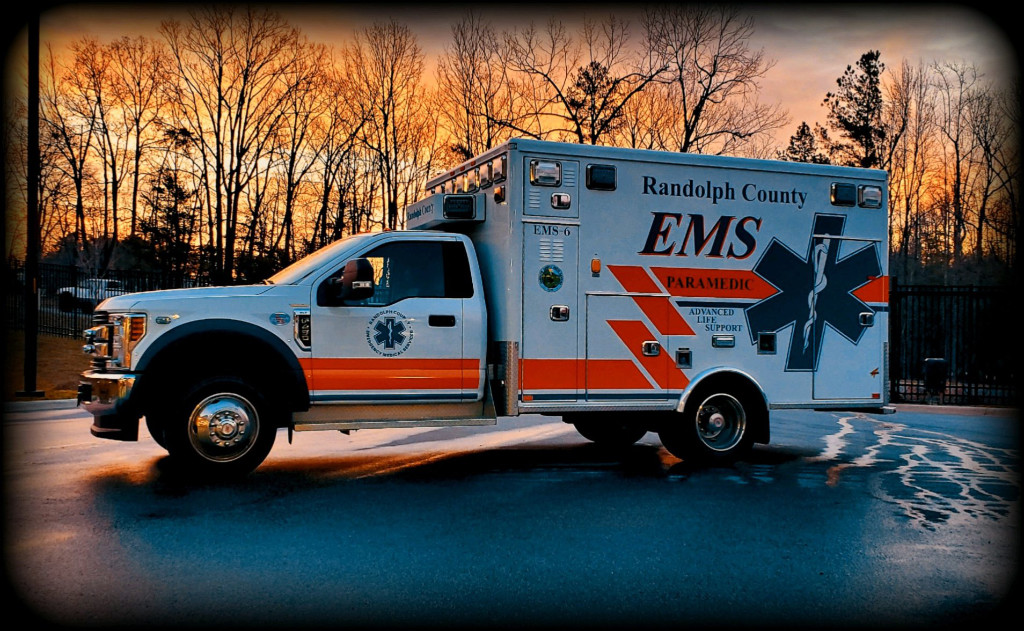 The dashboard went up on the website in 2020 and the county began tracking CPR attempts related to overdoses in 2016. Since the dashboard went live in 2020, it has been viewed over 3,100 times.

Although overdose calls occur almost daily, the total percentage of overdose calls the department receives is relatively low compared to other medical responses, less than one percent. In 2019, the Center for Disease Control and Prevention estimated that 70.6% of overdose deaths involved opioids.

Ross Holt, director of the library system, put together opioid resources displayed on a widget below the dashboard. Pat Voncannon, who retired from emergency services in 2019, works part-time, and she compiles the data each month.

Byrd uploads the information to the dashboard around the first week of each month. Retired Public Health director Susan Hayes and current director Tara Aker worked with the department to determine what data would benefit them and the public.

“Opioid and overdose data compiled by the state goes through a vetting process from multiple sources and it takes time for the data to publish,” Davis said. “That can make it difficult to gauge where we are in the opioid epidemic.”

The opioid dashboard contains information the team obtained through the 911 center and emergency medical services. The 911 telecommunicators mark all overdose calls to follow up to confirm it was an actual overdose. Then they enter the data into the dashboard system.

“Public users are then able to see a more real-time picture of what’s happening here in Randolph County,” Davis said. “Sheriff Greg Seabolt, other county departments and the public regularly view the information. In addition, we discuss the data at each opioid collaborative meeting that is headed up by public health bi-monthly.”

To decrease trafficking and distribution of narcotics, Randolph County Sheriff’s Office detectives use the dashboard to track trends in overdoses.

Some trends shown include fatal overdoses of 55 males, compared to 21 females. Overdose types include 37 accidental legal, eight intentional illegal and 17 intentional legal and total overdose by sex with 837 males and 198 females.

Varner said officers are trained to administer and carry naloxone in the car, a medicine that quickly reverses an opioid overdose. The Naxolone Program strives to reduce deaths associated with opioid overdose by providing naxolone kits in vehicles.

Training starts with an overview of a North Carolina General Assembly article that allows law enforcement to use naxolone. Other training includes:

— Patient assessment such as symptoms of overdose

“Most patrol deputies have been trained and carry Naloxone. Deputies administer a handful each year,” Varner said. “Depending on other first responders on-scene, deputies will yield that responsibility to EMS or the Fire Department who are more experienced, if feasible.”

Other departments, such as the Day Reporting Center, want to spread awareness and educate the community about the continued opioid crisis. The center is a part of the opioid collaborative team to find possible solutions to ongoing or growing issues.

Director Julie Alston said the department sees a huge number of clients dealing with opioid addiction. She thinks the dashboard is essential and gives residents an accurate view of what is currently happening with previous data to compare.

Alston said the dashboard highlights the hot areas where opioids are obtained, such as major highways. “High Point is a big thoroughfare for selling and manufacturing drugs. But at the same time, those surrounding areas are hit hard with opioid overdoses.”

The director also associates the accessibility of opioids with how cheaper they are getting and how often people are being given drugs. She said there are frequent panhandling and populations in the county that are at risk of these substances.

“As far as outreach, we want to explore going out into the community and holding informational sessions to get people talking about the issues,” Alston said. “From our perspective, it doesn’t look like it’s getting better. I think there needs to be more awareness.”

Davis is honored the department was recognized for its innovative project because it shows collaboration between several departments. The departments and the opioid collaborative team will continue to discuss steps to decrease overdoses in the county.

Petruce Jean-Charles is a Government Watchdog Reporter. They are interested in what’s going on in the community and are open to tips on people, businesses and issues. Contact Petruce at pjeancharles@gannett.com and follow @PetruceKetsia on Twitter.

0
The search for victims of the collapse of a Miami-area high-rise condominium reached its 14th day on Wednesday.