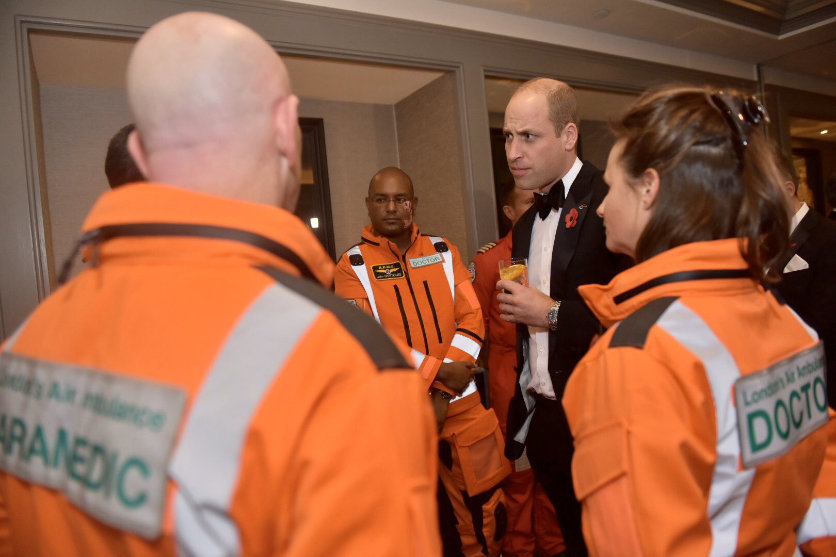 The Duke of Cambridge served as the Patron of the charity’s 30th Anniversary Gala last night in London where he  greeted paramedics, doctors and pilots who attended the black-tie dinner in uniforms.

“Having served as an air ambulance pilot myself, I am in no doubt about the crucial lifeline that air ambulances provide all over the U.K.,” Prince William said, according to Access. “London has some of the most difficult airspace in the world in which to offer an air ambulance service.”

“I landed on the London Air Ambulance helipad on multiple occasions during my job,” he added. “I can tell you that it is an essential part of the medical chain in London and speeds up the process of patients getting to care.”

0
An SUV collided with a Louisville ambulance, killing one person and leaving three others in serious condition.