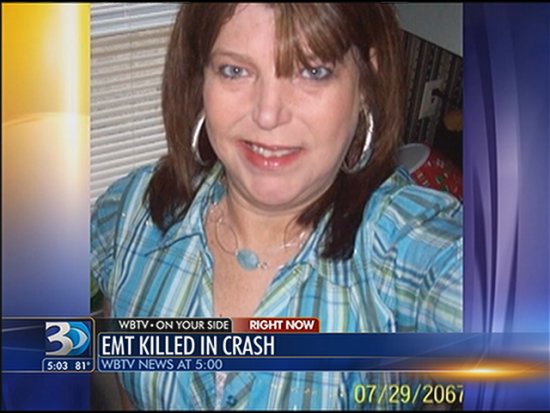 MONROE, NC (WBTV) – An emergency medical technician has been charged after a deadly ambulance wreck on Tuesday that killed his co-worker. According to Monroe Police, Jonathan Cory Brown, of Cheraw S.C., was issued a criminal summons for Misdemeanor Death by Motor Vehicle on Thursday.  The wreck killed his co-worker, 43-year-old Belinda Gale Rivers.