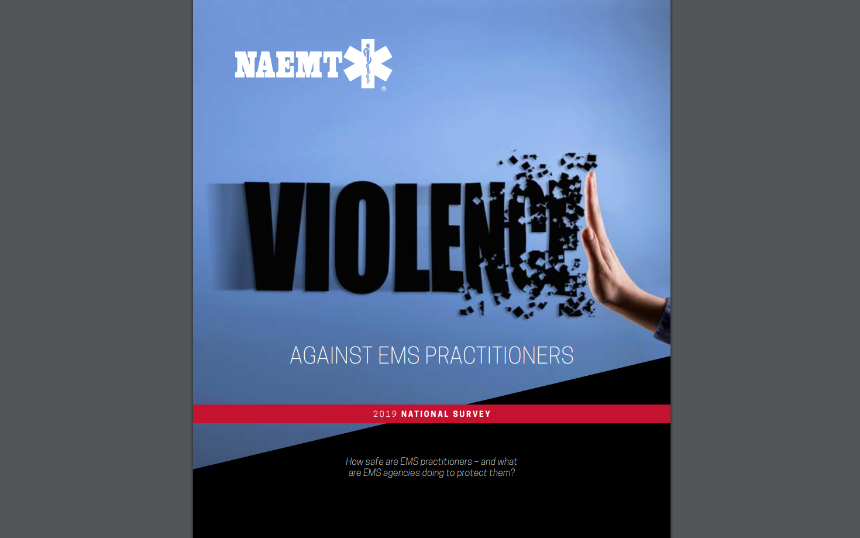 Above photo shows a screenshot of a new report on violence against EMS practitioners by the National Association of Emergency Medical Technicians.

The National Association of Emergency Medical Technicians (NAEMT) has published its 2019 National Report on EMS Violence. JEMS was the report’s sponsor.

“The report provides information on the acts of violence against EMS practitioners and recommended actions that EMS agencies can take to protect and support their personnel,” according to the group’s announcement when releasing the survey.

The NAEMT survey did not find any major difference in the rate of assaults on men and women, as other research also finds.

The survey asked 38 questions and was distributed between February and March 2019 to more than 37,000 NAEMT members in the United States. The group received over 2,200 responses from all 50 states and the District of Columbia.

0
The Emergency Medical Responder: Training and Succeeding as an EMT/EMR is the first textbook of its kind to include COVID-19 considerations.