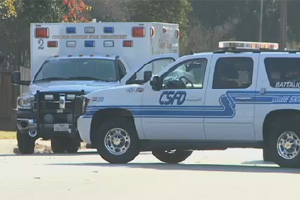 COLLEGE STATION, Texas — A man is arrested Monday afternoon for allegedly stealing a College Station Fire Department ambulance following two separate accidents. College Station police have arrested 28-year-old Coty Joe Lohse of Bryan. He is being charged with first degree felony theft due to the value of the ambulance being approximately $250,000.

College Station Police say the man stole a car in Bryan and was in an accident near Villa Maria Road and Wellborn Road. Police say the driver of the vehicle that was hit chased after the suspect.

Scroll down to watch the video.