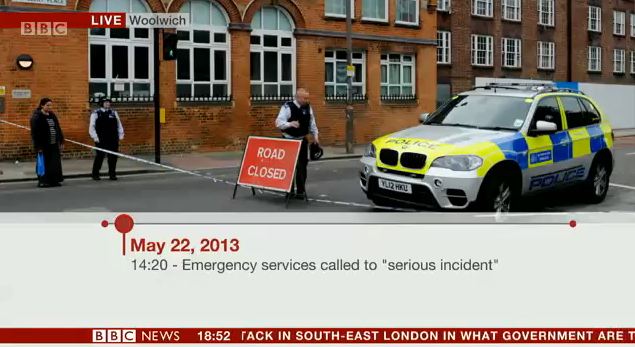 BBC – London Terrorists Decapitated Soldier With Machete – Helling Allahu Akhar Unitl They Got Shot. Two men attacked another man near a London military barracks Wednesday, in what British authorities were investigating as a possible terror act. One man is dead and two others were injured. While details were scant, Prime Minister David Cameron called the killing “truly shocking” and said he had asked Home Secretary Theresa May to call an urgent meeting of the government’s emergency committee. A British government official who spoke only on condition of anonymity because he was not authorized to speak about the investigation said the details that had emerged were indicative of a “terrorist-motivated attack.”