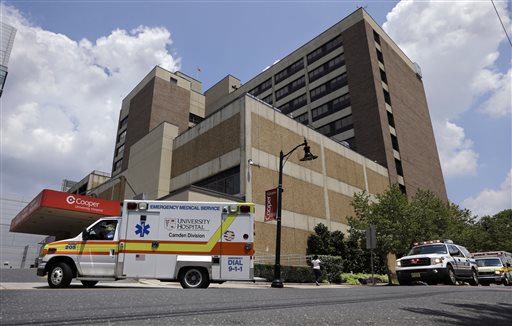 A three-judge panel on Thursday upheld the constitutionality of a law that enabled Cooper University Health Care to provide paramedic and ambulance service in Camden, overturning a lower-court ruling.

Cooper’s paramedics and emergency medical technicians will continue to serve the city as they have since January, under a law signed by Gov. Christie in July 2015.

Ordinarily, a provider must apply to the state health department to offer emergency medical services. Virtua Health, the previous provider of paramedic service in Camden, contended that the law was specially tailored to favor Cooper and was therefore unconstitutional.

Not so, wrote the three judges of the Appellate Division of Superior Court. It is constitutional for a statute to single out a particular party if that classification is reasonable, the panel wrote in a 23-page opinion.

In this case, the law authorized Cooper to provide paramedic and ambulance service in Camden because of its status as a Level I trauma center within the city limits.

“It is conceivable that a Level I trauma care center, with its greater resources, university affiliation, and clinical advantages, could provide these services in a more capable and cost-efficient manner,” they wrote.

He blamed the political influence of George E. Norcross III, chairman of Cooper’s board of trustees and a major Democratic power broker. At the time, a Norcross spokesman replied by saying Miller was overly focused on profit.

In a statement Thursday, Cooper welcomed the judicial decision: “We, again, thank the governor and the members of the New Jersey Legislature who voted in an overwhelmingly bipartisan fashion to grant Cooper University Health Care the honor and privilege to provide the highest level of emergency care to the people of Camden.”

In a statement from Virtua, meanwhile, officials lamented the decision but did not say whether they planned to appeal to the state Supreme Court. Virtua’s mobile intensive care units (MICU) had been serving Camden for decades.

“If this type of legislation can circumvent the MICU Certificate of Need (CN) process, it calls into question all Department of Health CN regulations for all services throughout the state,” the health system said. “Virtua is carefully reviewing the Appellate Division’s decision and considering our next steps.”

Virtua continues to provide emergency medical services in 76 other municipalities in Camden and Burlington Counties.

The law also allowed Robert Wood Johnson University Hospital in New Brunswick, also a Level I trauma center, the right to seek expedited review of an application to provide paramedic service in nearby Hamilton Township. Joining Virtua in challenging the law was Capital Health System, which provides paramedic services in Hamilton.