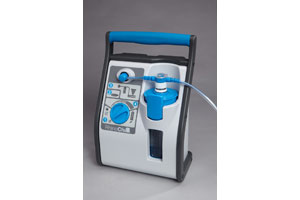 Initially, the partnership will focus on bringing the RhinoChill System to market in the United Kingdom, Germany, Austria, Switzerland, Belgium, Netherlands and Luxemburg during the first quarter of 2011, utilizing Physio-Control’s extensive European distribution network. Additionally, as part of this strategic alliance, the two companies will work jointly to develop additional applications for BeneChill and work towards making the RhinoChill System available in the U.S.

“Therapeutic hypothermia can be a vital tool in improving survival from sudden cardiac arrest and is therefore essential to our company’s mission,” said Brian Webster, President of Physio-Control. “We wanted to partner with a cooling solution company that was innovative and focused on the science. The RhinoChill system fits well with Physio-Control because it is portable and non-invasive which allows for use in the prehospital environment, where deployment has the potential to cool patients much earlier and faster than before.”

“BeneChill is proud to announce our partnership with Physio-Control — the world’s leading provider of external defibrillation and monitoring technology”, added Alan Raffensperger, CEO of BeneChill Inc. “BeneChill´s mission is to protect the hearts and brains of patients during cardiac arrest and to improve survival. The strategic partnership with Physio”Control will ensure that our breakthrough RhinoChill cooling technology will be available for emergency and critical care health care professionals in the UK, The Netherlands, Belgium, Luxemburg, Austria and Switzerland.”

The updated 2010 American Heart Association (AHA) and European Resuscitation Council (ERC) Guidelines for resuscitation and CPR2, 3 both confirm the importance of therapeutic hypothermia following cardiac arrest. The guidelines advise that the earlier cooling is started during cardiac arrest, the better the outcomes. The AHA guidelines classify therapeutic hypothermia as a Class I recommendation, advising the treatment/procedure should be performed by clinicians. Both sets of guidelines recommend that cardiac arrest patients are only taken to centers which provide therapeutic cooling. The ERC guidelines specifically refer to transnasal evaporative cooling as a method to induce cooling in the pre-hospital setting.

How RhinoChill Works
The RhinoChill System uses a non-invasive nasal catheter that sprays a rapidly evaporating, inert coolant liquid into the nasal cavity, a large area situated beneath the brain that acts as a heat exchanger. As the liquid evaporates, heat is directly removed from the base of the skull and surrounding tissues via conduction and indirectly through the blood via convection.

The system is battery-powered, compact and does not require refrigeration, making it ideal for use in pre-hospital settings. Each coolant bottle holds enough liquid to cool a patient for 30 minutes at nominal flow, and bottles can be easily exchanged to maintain the cooling process.

A recently published European clinical study4 has shown that when administered by Emergency Medical System (EMS) personnel as soon as they reach a cardiac arrest victim and continued during transport to hospital, the RhinoChill System effectively reduces body temperature by the time the victim reaches the hospital. Survival without loss of brain function was significantly improved in patients where resuscitation procedures and subsequent RhinoChill cooling were initiated within ten minutes of cardiac arrest, compared with patients who were not cooled in the pre-hospital setting.

“The sooner in the resuscitation process you can start to cool the body following a cardiac arrest, the better the long-term outcomes are likely to be”, commented lead investigator of the RhinoChill System European study, Professor Maaret Castren, Department of Emergency Medicine, Karolinska Institutet / Sodersjukhuset Hospital, Sweden. “Use of the RhinoChill IntraNasal Cooling System, which enables cooling to be initiated along with CPR even before the return of spontaneous circulation, is great news for patients.

The RhinoChill System received the CE Mark for marketing in the European Union countries in December 2007. It is initially being launched in Germany, the United Kingdom, the Netherlands, Belgium, Luxemburg, Austria and Switzerland. The RhinoChill System is not currently for sale in the U.S.

About BeneChill, Inc.
BeneChill is a medical device company based in San Diego, California. The company is developing products in the therapeutic hypothermia arena with a focus on rapid, non-invasive cooling for use in the field. The RhinoChill System is limited by U.S. law to investigational use only. To find out more about BeneChill, go to www.benechill.com.

About Medtronic
Medtronic, Inc. (www.medtronic.com), headquartered in Minneapolis, is the global leader in medical technology — alleviating pain, restoring health, and extending life for millions of people around the world.