Briarcliff Manor, NY — Since Digitech was selected to handle ambulance transport billing for the city of Houston, the City has realized a healthy 30% increase in collections, A federal program allows governmental ambulance providers to recover a portion of the difference between the actual cost of services provided and the reimbursement allowed under Medicaid, Medicaid Managed Care, and for uninsured patients. Houston had been missing out on these Ambulance Supplemental Payment Program (ASPP) funds, because it couldn’t be certain of providing the extensive documentation of these expenditures required by the state of Texas, which administers the program. 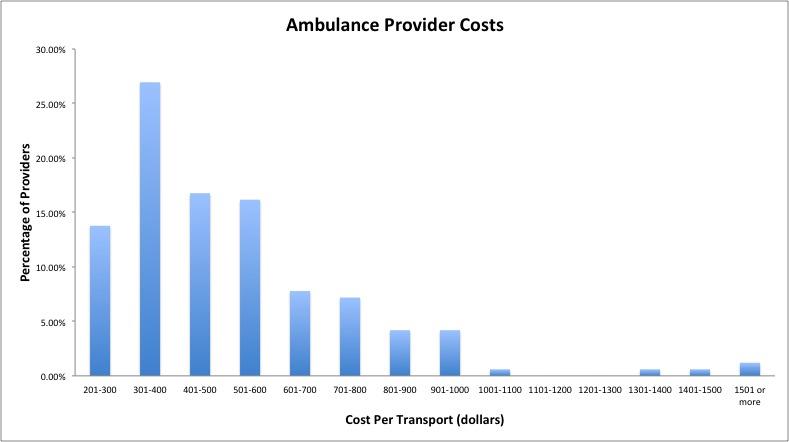 Digitech’s Ambulance Commander software, combined with its data mining experience and reporting expertise, enabled Houston to provide the detailed accounting of all the city’s ambulance trips required by the ASPP. Digitech had already delivered a $10 million increase in revenue from ambulance billing–from $32 million in 2012-13 to nearly $42 million in 2013-14. Now, through the ASPP, the city has received almost $28 million in additional revenue for 2013-2014. A similar return is projected for Houston for the 2014-15 Fiscal Year. “We have been pleased with Digitech’s performance to date,” said Mayor Annise Parker.  “Their direction and support in recovering revenue from the Ambulance Supplemental Payment Program has brought a big payoff for Houston.”

“Municipalities are having difficulty maximizing collections from ambulance transports,” adds Digitech CEO Mark Schiowitz. (See above bar graph, courtesy Government Accounting Office.) “The $10 million we found by billing insurance companies more effectively and the $28 million recovered through the ASPP are examples of revenue that may be there for many municipalities.” Digitech’s deep specialization in ambulance billing protocols has gained national attention for improving collections in several major municipalities. The company’s detailed reporting and conscientious approach to compliance continue to lead the way to increased revenue for ambulance service providers.

Houston is a world-class city, rich in diversity and home to a vibrant economy. The Houston Fire Department is the third largest in the United States and is responsible for preserving the lives and property of more than 2 million Houstonians in an area totaling 654 square miles. For more information on HFD, visit: www.houstontx.gov/fire.

Digitech is a national EMS billing firm specializing in the medical transportation industry. The company has built and refined billing systems for ambulance transportation claims for more than 25 years, serving Houston, Dallas, Memphis, Baltimore, and many other cities and communities. Digitech processes more than $1 billion of ambulance transport claims annually. For more information on Digitech, visit www.digitechcomputer.com.