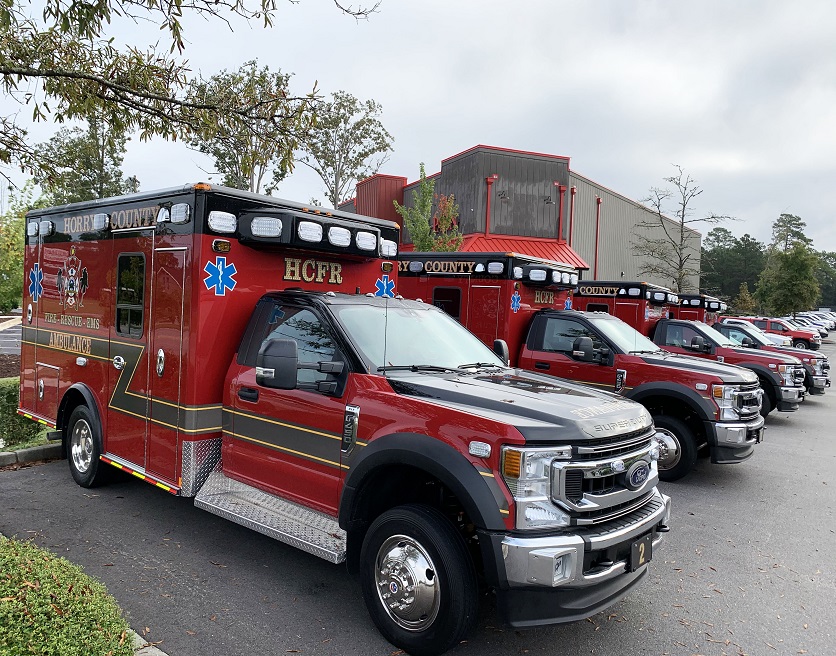 According to a report from WPDE, Horry County (SC) Fire Rescue (HCFR) announced Wednesday that they received four new ambulances to help serve citizens and guests in the community.

HCFR runs approximately 63,000 calls a year, with around 85 percent of those being medical-related.

HCFR also said that the new ambulances will go into service immediately and replace older ambulances at Station 2 in Little River, Station 20 in Scipio, Station 30 in Myrtle Beach and Station 31 in Surfside.